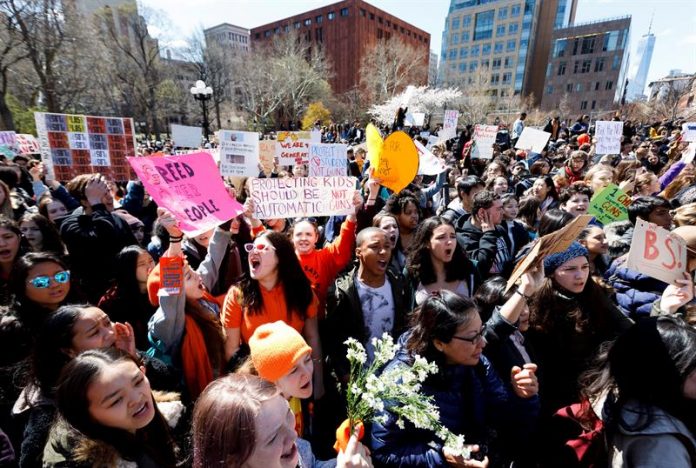 The father of one of the victims of the shooting last February at Marjory Stoneman Douglas High School in Parkland, Florida, sued the “cowardly” policeman who was in charge of the security of the center, local media reported today.

Andrew Pollck, who lost his daughter Meadow in the shooting, also sued the confessed author of the shooting, Nikolas Cruz, and other people and entities related to the massacre.

In a message he posted on Twitter on Monday, Pollack unloaded himself against Scot Peterson, the Broward County Sheriff’s Office agent (southeast Florida) in charge of school safety the day Cruz shot indiscriminately with a semiautomatic rifle. and killed 17 people.

Scot is suspended until it is determined that he acted correctly by not entering the school and confronting Cruz.

The videos recorded by the security cameras show that he remained outside the building for about four minutes while the shooting was going on.

“I want to expose that coward”, “that people see him, recognize him and say ‘That’s one of Broward’s cowards'”, the one that “let teachers and students die on the third floor of the school,” he wrote. .

According to Meadow’s father Pollack, his goal is for Agent Peterson to feel as “unhappy” as he feels about losing his daughter.

Peterson’s lawyer had alleged that, initially, his client believed that the shooter was outside the school and that was the reason why he did not enter the school. efe