Ander Mirambell: “Regularity will be one of the keys to...

The medals won at the Barcelona’92 Games are worth five...

Alberto Ginés: “The simple fact of being here is already...

Julián López el Juli from Madrid and Joselito Adame from Mexico awoke the maximum interest for the hand to hand in the tenth fair held in the Plaza de Aguascalientes, in the center of Mexico, but they had little luck because the bulls collaborated little and were bothered by the strong wind that blew all afternoon.

With a full house, the tickets were sold out, six bulls were dealt with: two by Cortina Pizarro, the second and fourth, and one from each of the herds: the first by Reyes Huerta, the third by Fernando de la Mora, the fifth of Teófilo Gómez and the sixth of Santa María de Jalpa, who did little in their behavior before the bullfighters.

The Juli, who is a master, was as such all afternoon but neither his enemies nor the wind let him achieve his most ambitious purposes. As the horn of Reyes Huerta came to less soon, Julian extracted him very tough passes, even though the bull did not deserve it and killed him for silence.

The third Fernando de la Mora, who seemed to give more than himself, ended up escaping the crutch constantly and the master set a task that was not understood by all and less by amateur not very learned in the field. He killed with a lunge and cut off one ear, very fair, in our opinion.

To the fifth of Teófilo Gómez, who also seemed that he was going to give more of himself, he lacked race and strength and Juli, although he was very willing to get the best out of him, did not achieve the purpose. Division of opinions.

Joselito, in the second, a very nice bull that did not give of himself either, was somewhat depressed and accelerated in some moments, although he never stopped exposing and trying to succeed. This bull did a quick job and killed him with a good thrust to receive an ear that was protested. 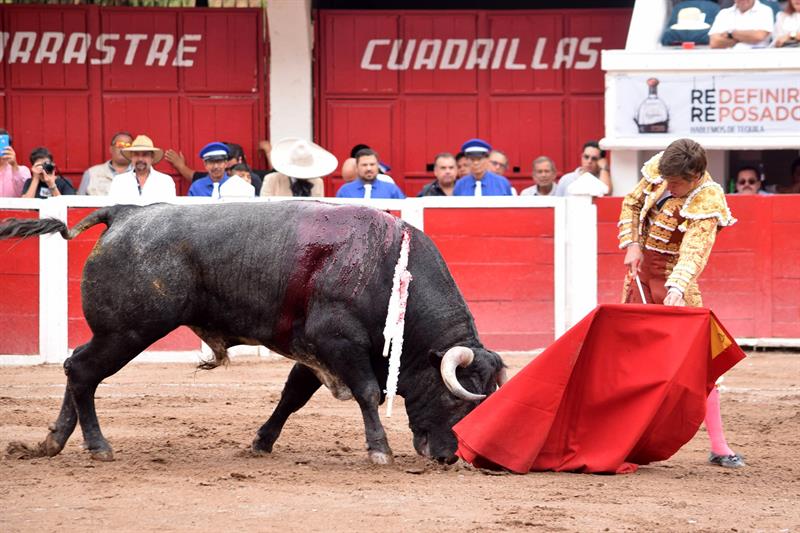 The fourth, who was the best bull of the bullfight, had a bit of roughness. Also the wind did not let the bullfighter could get in tune, but he managed to encourage people. He killed one thrust and three dislocations, which caused him to lose his ear.

It was repeated that same scene in the sixth and Joselito, based on trying, was linking the muletazos, some of them good and tempered. But he gave a puncture and two untidiness, which spoiled the party and in the end he did not get trophies with that antler. efe

In an atmosphere of Latin fashion, the Spanish designer Agatha Ruiz de la Prada showed today in the frame of the New York Fashion...

Former President Barack Obama (2009-2017) participated today for the first time since leaving the White House in January at two rallies of Democratic gubernatorial...

A score of Mark Strickland's paintings that are exhibited in a museum of the California State University San Bernardino explores the duality of the...

The genuine humor, the salt shaker and the art of the Spaniards Los del Río conquered the Latin Grammys in Las Vegas today during...

Authorized dispensaries for sale of medical marijuana in central Florida

The commissioners of Orange County (central Florida) unanimously approved the opening of dispensaries for the sale of medical marijuana, a measure that will take...