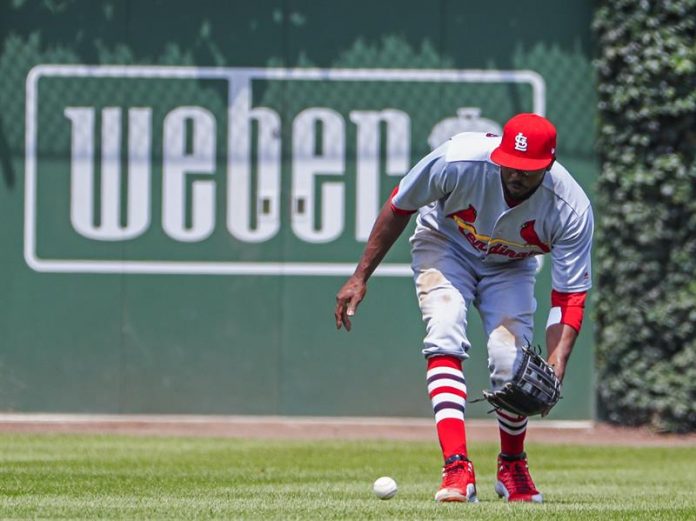 The St. Louis Cardinals again showed the resurgence of their game as a leading team and became the protagonists of the day of professional baseball in the National League to win the match against the New York Mets.

Dexter Fowler singled in the thirteenth and the Cardinals rallied a couple of times to beat the New York Mets 4-3 in the duel of leading division teams.

San Luis lost by 0-2 in the seventh chapter and by 2-3 in the tenth. Tommy Pham accumulated four hits and scored twice, a day after leaving a game following a wound that he caused himself in the head with the bat, in a warm-up during the duel itself.

Pham played with a bulky bandage on his head, but was inspired by the bat that made possible the victory of the Cardinals who remain leaders in the Central Division (15-9).

The Venezuelan Jose Martinez received a ticket from Paul Sewald (0-1), when there was one out of the thirteenth inning. He advanced to the middle with a single from Marcell Ozuna and scored when Fowler singled to right field.

It is the sixth time in his life that Fowler has produced the race that ends a match.

John Gant (1-0), summoned from the Triple A branch in Memphis before the game, pitched three perfect reliever episodes to clinch his second Major League victory.

The first was with the Atlanta Braves uniform, against the Mets themselves, on June 17, 2016.

In spite of the defeat, the Mets (15-8) are at the head of the Eastern Division classification.

Jarrod Dyson, Nick Ahmed and Venezuela’s David Peralta both homered and the Arizona Diamondbacks took home the 2-8 win over the Philadelphia Phillies.

The Diamondbacks, leader of the Western Division, were 17-7, to match the best start of the franchise campaign after 24 games. Arizona also started 17-7 in 2008.

Dyson hit a two-run homer in the first and Chris Owings added a tug double to Ben Lively (0-2) for an early 0-3 lead.

The Venezuelan Odubel Herrera was based for twenty-sixth game in a row, going back to the end of the campaign of 2017, when connecting a single in the sixth.

Venezuelan Ronald Acuña Jr. and Curazuelan Ozzie Albies, the two oldest players in the major leagues, hit home runs and combined to tow five runs, which allowed the Atlanta Braves to beat at home 7-4 against the Reds. Cincinnati, with what the Braves achieved the tie in the four-game series.

With 20 years and 128 days, Acuña Jr., who plays as a left fielder, became the youngest player of the majors on Wednesday and went 5-1 on his debut.
Acuña Jr. opened the second inning with a home run that fell in the fifth row of the highest stand in left field against Homer Bailey.

He also hit a single in the sixth and hit a double that broke the equalizer against reliever Wandy Peralta (1-1) in the eighth, after Freddie Freeman’s third double in the game.

Albies, 21, who plays second base and debuted last August, hit a two-run homer in the fifth inning for a partial advantage of 0-4 and then added a single tug with a double in the ninth.

Sam Freeman (1-1) retired the four batters he faced and the Dominican Arodys Vizcaino allowed one hit in the ninth for his second save.

Cincinnati was 5-20 for the first time in franchise history.
While the batting of the Reds had Latin role with the Venezuelan Jose Peraza, who was 4-1, one scored and one driven.

Hendricks (2-1) allowed four hits, prescribed five strikeouts and did not give tickets, in what was his best start this season.

Anderson (2-2) also shone on the ridge until Kyle Schwarber found him a 1-0 pitch and sent the ball over the right field wall for his seventh home run, when he had one out of the sixth.