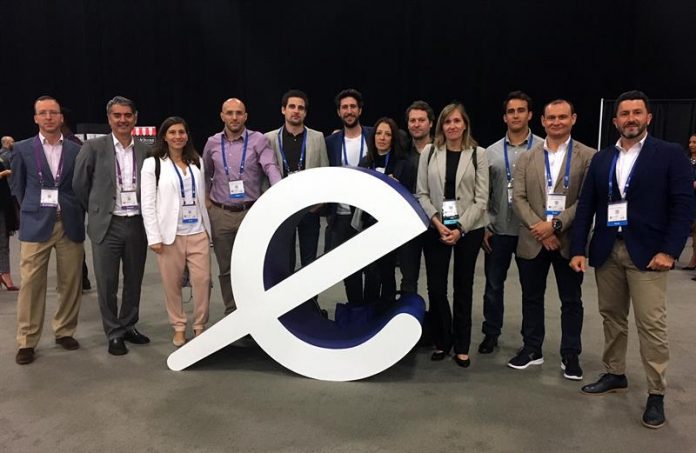 Ten Andalusian companies from the technology and communication sector are participating this week in Miami in a commercial mission to attract investments and open their businesses to Latin America and the United States.

It is the fourth edition of this trade mission organized by the Andalusian Agency for Foreign Promotion (Extenda), which this year had as a novelty the participation of the delegation in the eMerge Americas technological forum, which was held in Miami on April 23 and 24 .

Due to the visit to eMerge, which brings together entrepreneurs, academics and officials from Latin America, the United States and Europe, the delegation of Andalusian companies dedicated the entire trip to explore the potential of Miami, instead of traveling to New York as well. in past editions.

The Malaga companies Hispasec, Garaje de Ideas, Málaga Technology Park and IDUN, the sevillanas easy M2M, Lantia Publishing and Agencia del Conocimiento, the Siscapp and Intelligenia granadinas and the Global Password company, based in Huelva, participate in this commercial visit.

The latter visited Miami with an innovative product that consists of a simultaneous translation system in which the translator does not have to be on the conference site and can do it remotely.

Its founder, Javier Medel, assured Efe that they are considering proposing this system for the next edition of eMerge Americas, since it would save the costs of installing translation booths in the events, in addition to the transfer of the interpreters and the improvement of the reception of the signal.

This would be an example of the potential of Andalusian exports of the ICT sector, which reached 474 million euros in 2017 and represents 8.9% of total exports in Spain.

“This mission is to position Andalusia as a technological reference in the Latin American markets,” said Jordi Boada, director of the Andalusian Foreign Promotion Agency (southern Spain) in Miami, which considers the city as a showcase for the rest. of the continent.

According to Boada, the technological ecosystem of Miami is “growing a lot” and has a “very large potential that they want to take advantage of”.

Sergio Rosillo, director of the Malaga company Garaje de Ideas, which designs digital products for banks and companies such as Telefónica or BBVA, visited Miami to explore the possibility of setting up a headquarters in Florida.

After four days of meetings and analysis, he has been convinced of the potential of the area, so he will develop his business in Miami to expand his company especially in the tourism and health sector.

For his part, José Carlos Calvo, founder of the company Intelligenia, which develops custom software for digital businesses, highlighted the need to “touch the ground”.

“We have spoken with local agents who know the sector and can tell you how they have done it and what the competition is,” said Calvo, who says that “even taking a walk in the afternoon gives you cultural information about the country” and returns to Granada after a few “very useful” days.

According to the Andalusian Agency for Foreign Promotion, the ICT sector has been one of the potential of this community in recent years, in addition to aeronautics, so it will open an office on the west coast of the United States, a pioneer area in these fields, in addition to the offices they already have in Miami and New York. efe

The Americans Steele, Duncan and Hoge, leaders after the first round