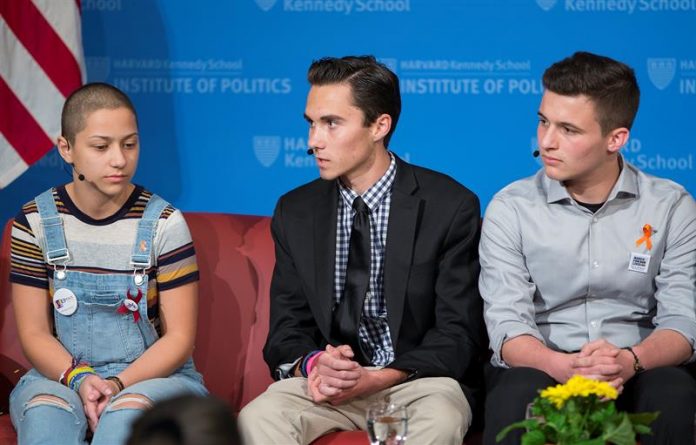 David Hogg, one of the students who survived the shooting on February 14 at a school in Parkland, Florida, today announced that he and his sister, Lauren, will publish a book about the killing and the movement that it gave rise to.

As disclosed in his Twitter account, the publication, which will be published by Penguin Random House, will go on sale on June 5 and will be titled “#NeverAgain” (“# NuncaMás”), the same as the movement for greater control in the sale of weapons that arose after the shooting at the Marjory Stoneman Douglas Institute in which 17 people died.

“Today Lauren Hoggs and I are announcing our #NeverAgain book that tells the story of the founding of this movement by those we lost,” the 17-year-old student and one of the movement’s most visible faces wrote on his Twitter account.

He added that the money from the sale of the 128-page book, which will cost $ 10, will be used to “help heal the community.”

Hoggs announced the edition of the book a day after calling for a boycott against BlackRock and Vanguard Group, “two of the largest investors in arms manufacturers” as he said on his Twitter account.

The one of yesterday is the second of its type made by Hogg, after last March to call to a publicity boycott against the program of the presenter of the Fox chain Laura Ingraham, who referred to him in a mocking tone for not being able to enter several elite universities.

The call was seconded by several important companies, which led the journalist to apologize to Hogg, who were not accepted.

Nikolas Cruz, 19 years old and former student of Marjory Stoneman Douglas, unleashed what is considered the worst killing in an educational center in Florida when the aforementioned day entered the school and killed with a semiautomatic rifle 14 students and 3 teachers.

Because of this, Cruz, who is under arrest, faces 17 counts of premeditated murder that could carry the death penalty.