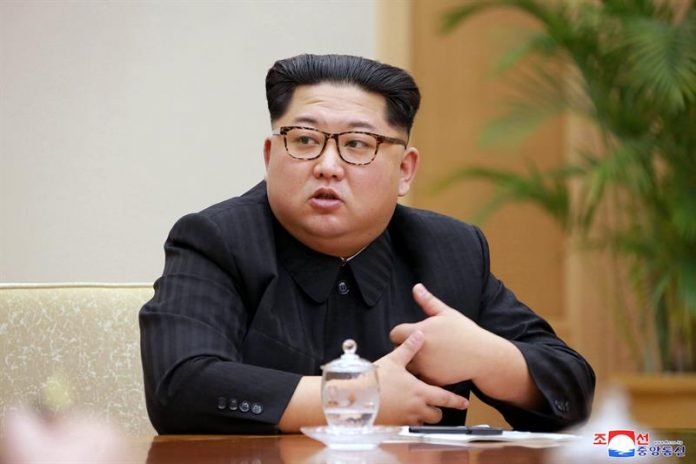 The president, Donald Trump, warned today that he could leave the North Korean leader, Kim Jong-un, if he considers that the meeting that both will hold in June is not being “fruitful”, and announced that his government will negotiate with Japan a new trade pact “reciprocal”.

Trump said he had high hopes for his meeting with Kim at the end of a two-day summit with Japanese Prime Minister Shinzo Abe at the President’s private club in Mar-a-Lago (West Palm Beach, Florida).

“But if we believe that (the summit with Kim) is not going to be successful, we will not have it, if we do not think it will be fruitful, we will not go, and if I am there and it is not fruitful, I will leave the meeting. I like to be flexible and I will be flexible in this, “Trump assured in a joint conference with Abe.

The American leader revealed that he is negotiating “very diligently” with North Korea the release of three American prisoners in the hermetic country, and that there is “a good chance of getting it”.

“We will not repeat the mistakes of other (US) governments.” Our maximum pressure campaign will continue until North Korea denuclearizes, “said Trump, saying that the ideal would be” to end nuclear weapons in all parts of the world. ”

“We hope to see the day in which the entire Korean peninsula can live together, safely and peacefully,” he said.

Trump and Abe also announced that their governments will begin talks to sign a new trade agreement, and the US leader said he prefers this type of bilateral pacts to multilateral structures such as the Trans-Pacific Partnership Agreement (TPP).

“Unless they offer us a deal they can not refuse, I will not go back to the TPP, we’ll see what happens, but in the meantime we’re negotiating, which is what I prefer, a one-on-one agreement with Japan and that’s where we are now” , assured Trump.

Last week, the White House announced that Trump had asked Robert Lighthizer, its responsible for Foreign Trade, and Larry Kudlow, its main economic adviser, to “analyze again if a better agreement can be negotiated” to join the TPP.

However, the other eleven countries that negotiated the TPP with the Government of Barack Obama -including Mexico, Chile and Peru- have shown little interest in renegotiating the original pact and have signed their own agreement, the so-called Integral and Progressive Association Treaty. Transpacific (TPP11).

Abe left the summit in Florida without achieving its main objective: to get Trump exempt from tariffs of 25% for steel imports and 10% for aluminum that the US government announced last March.

Although Japan barely produces aluminum and the amount of steel it sends to the US around 5% of its total exports of this material, Tokyo was sorry to be the only major ally of Washington not included in the list of temporarily exempted countries, which include South Korea, Argentina, Brazil and Mexico, among others.

Asked about it, Trump said he will continue to apply tariffs to Japan because the United States has a “massive trade deficit” with the Asian country, but opened the door to exempt that nation if negotiations on the trade agreement bear fruit.

“I hope at some point in the future to be able to remove” the tariffs to Japan, Trump said, adding that “if agreement can be reached on a new pact between the United States and Japan, it will be discussed” on the issue of the exemption of commercial barriers.

Trump hoped that the future trade agreement with Japan would be “fair and reciprocal”, and complained that the Asian country exports to the United States “millions and millions of cars” without “practically no taxes”, while its nation hardly sends products to Japanese territory due to its “trade barriers”.

He also announced that he will seek to “accelerate the sale of US military equipment to Japan” and other allies, so that they can obtain them “in a matter of days” and not “years,” as now.

Trump and Abe showed signs of tuning throughout their two days of contacts in Mar-a-Lago, where on Wednesday morning they had time for a long game of golf and for “lunch twice”: a hamburger with cheese in the field and an elaborate work meal shortly after, according to the Japanese leader. efe