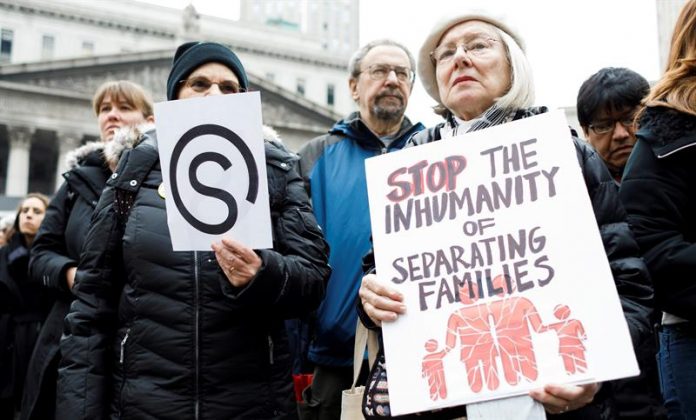 “The decision of the Court implies that Congress must end the gaps that prevent the deportation of dangerous foreign criminals … This is a crisis of public security that can only be fixed by Congress,” the president said. your personal Twitter account.

Trump added that both the House of Representatives and the Senate must “quickly” pass legislation that guarantees that these types of foreigners are “expelled” from US society.

The reaction of the president comes after the Supreme Court determined today, by five votes in favor and four against, that the inaccuracy of the current legislation that allowed the Government to accelerate the expulsion of those foreigners convicted prevents its application.

With its ruling, the Court upholds the ruling of the Ninth Circuit Court of Appeals, based in San Francisco, which in 2015 has already annulled that provision of the law considering it too confusing.

Like Trump, the Department of Justice has also expressed its desire that the laws allow the expulsion of foreigners who have committed certain crimes.

“The Department of Justice believes that certain crimes committed by illegal immigrants, with visas or in some other way with legal permission in the United States, should trigger their expulsion, so we urge Congress to put an end to these gaps,” said the spokesperson. Justice portfolio, Devin O’Malley, in a statement.

For his part, the press officer of the Department of National Security, Tyler Houlton, said that the judicial decision “undermines” the work of his agency and “allows” the United States to become “a refuge for criminals” and, therefore, it makes it “more vulnerable”.