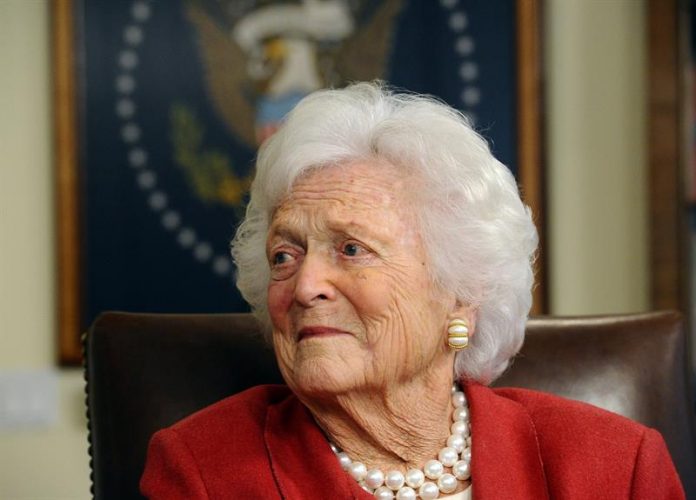 The former first lady of the United States, Barbara Bush, whose health was delicate, died today at the age of 92 for causes that have not yet been disclosed, a family spokesman said.

On Sunday, the spokesman announced the decision of who was the wife of former President George H. W. Bush (1989-1993) not to return to the hospital to undergo treatment for the delicate state of health that suffered several years ago.