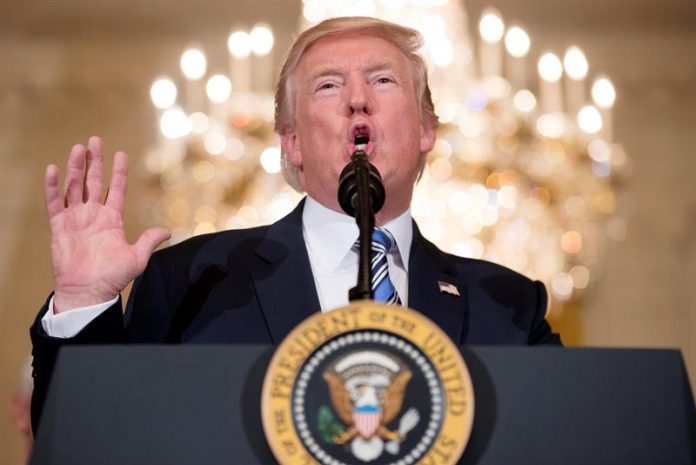 President Donald Trump today praised the military offensive executed last Friday against Syria by the United States, France and the United Kingdom, and defended himself from the “fallacious media” that have criticized the president’s use of the expression “mission accomplished” .

“The Syrian offensive was so perfectly executed, with such precision, that the only way the fallacious media had to belittle it was because of my use of the term ‘mission accomplished’,” lamented Trump on his personal Twitter account.

With this message the president has wanted to silence the criticisms arising from his use of this expression the day after ordering the launch of 105 missiles against various facilities that allegedly served for the development and storage of chemical weapons by the Government of Bashar al-Assad.

“An attack perfectly executed last night, thanks to France and the United Kingdom for their wisdom and for the power of their good armies, it could not have had a better result, mission accomplished!” Trump wrote on Saturday morning in his network favorite social

This claim has raised some criticism because, even from the Pentagon, the main commands of the Army have granted that the operation barely “cuts” the ability of the Syrian “regime” to use chemical weapons in the future.

The director of the Joint Chiefs of Staff, Lieutenant General Kenneth McKenzie, even acknowledged this Saturday, during a press conference at the Pentagon, that there may still be “residual parts” of Al Asad’s “regime” chemical program and that “obviously the chemical infrastructure “Syria exceeds the three facilities destroyed.

“I knew they would take advantage of this, but I think it’s such a magnificent military expression that it should recover. Use it often!” Concluded Trump, justifying his claim that the mission was over. efe