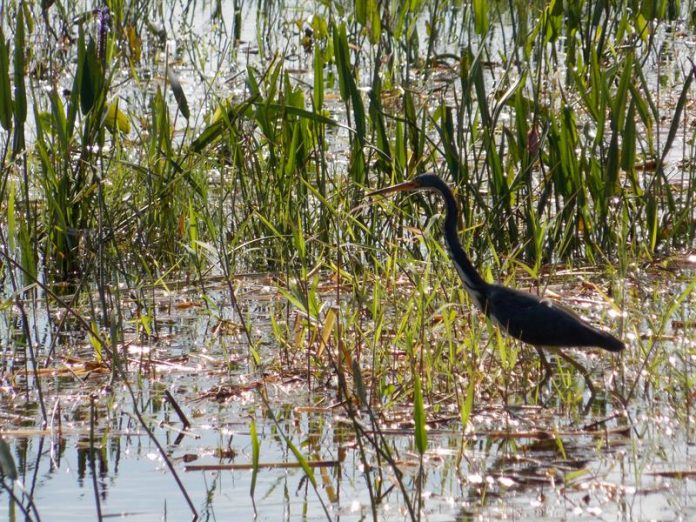 More than a hundred wild birds that had been illegally trapped in South Florida by a smuggling network, and by sophisticated techniques, were released today in the Everglades National Park.

Among the 130 released migratory birds, protected under the Migratory Bird Treaty of 1918, were species such as indigo tile or painted azulillo that had been captured by a smuggling network of six people operating in the south of this state.

During the presentation to the press, representatives of the US Fish and Wildlife Service (USFWS) highlighted that stopping trafficking networks of protected animals not only manages to maintain the local population, but also prevents the introduction of non-native species, with their potential to new diseases.

As reported this week by the office of the federal prosecutor, the released migratory birds are part of a total of 400 captured by six people for four years, who used “sophisticated methods” as traps with simulation systems piada and fed with panels solar and rechargeable batteries.

Traffickers also used adhesives to glue birds to trees or mist nets at the end of a field during the migration season, as well as hunting for hawks by means of rifles.

The Office of the Prosecutor pointed out that in some cases, the trafficking of these wild animals involved “severe cruelty” and caused injuries.

Of the six accused, five are already at justice’s disposal, while Alberto Irán Corbo Martínez, from Hialeah, is fugitive and faces charges for importing birds from Cuba and without declaring them.

South Florida is under threat from smugglers of wild animals, due to the esteemed local population as well as being in the middle of the trajectory of migratory bird movements. efe