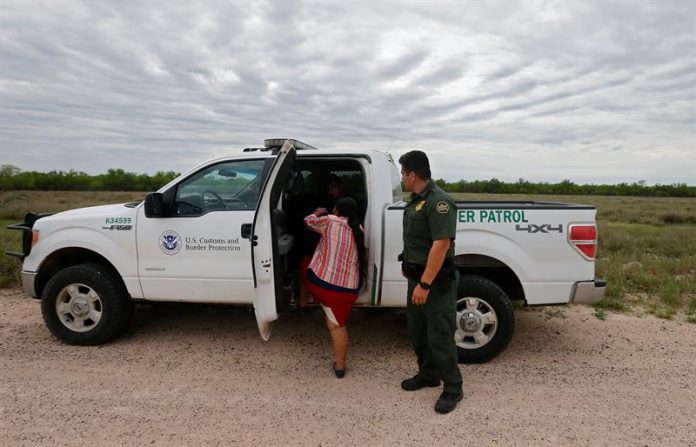 A group of 61 immigrants voluntarily surrendered this last Monday at the border of Arizona with Mexico, a spokesperson for the Border Patrol of the Yuma Sector confirmed to Efe.

Spokesman Justin Kallinger said a group of 61 undocumented immigrants were arrested after they surrendered themselves at the port of entry in San Luis, on the Arizona border.

“59 of the detained immigrants are Guatemalan citizens and many of them claim to have been part of the huge caravan in Mexico that has been covered by the news,” Kallinger said.

The Office of Protection of Customs and Borders (CBP) also indicated in a statement that of the remaining immigrants, one is from El Salvador and the other is Mexican nationality.

It is the largest group of immigrants detained in recent days in Yuma. 90% is made up of families and one third is under 18 years of age.

This could be the first group of more than 1,500 immigrants who were part of the Viacrucis Migrante caravan to achieve their goal of reaching the United States, a challenge that, if proven, touches US President Donald Trump directly, who in response is deploying National Guard troops at the border.

Next to the group was a Salvadoran gangster member of the Mara Salvatrucha (MS13), who told the authorities that he had crossed the Mexican border with a small group of Guatemalans until they reached a safe house in San Luis, Sonora (Mexico).

It is there where they joined another group of Guatemalans who supposedly formed part of the caravan and together they crossed the demarcation.

The representative of Viacrucis Migrante, Irineo Mujica, told Efe today that he “doubts” that the immigrants detained in Yuma have been part of the caravan.

Mujica said that although several of its members had dispersed after they arrived in Mexico City, so many Guatemalan citizens did not travel in the group.

He said around 500 displaced people remain in Mexico City, where in the next few hours they hope to continue on their way to the Mexican state of Sonora, neighboring Arizona, which they hope to arrive next week.

Mujica said he does not know if any member of the caravan has arrived at the border to seek asylum. “Many are waiting for things to calm down,” he argued.

EFE contacted the Guatemalan Consulate in Tucson, Arizona, but there they said that at the moment they can not offer statements. efe