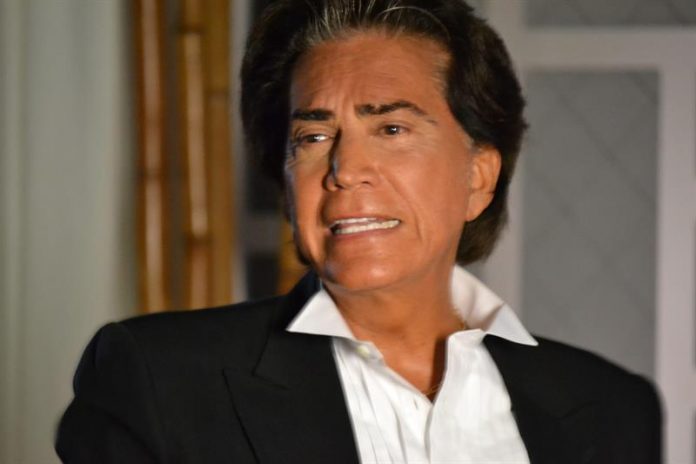 The Venezuelan singer José Luis Rodríguez “El Puma” affirms that the lung transplant he underwent in 2017 was like “dying and coming back to life” and encourages other people suffering from idiopathic pulmonary fibrosis to seek this solution.

“My advice to others who are going through something similar is that the transplant is the answer,” Rodriguez said in a statement released today by the Jackson Health System, which is part of the institution where he was transplanted on December 16.

“It’s like dying and coming back to life, it has been the hardest thing I’ve ever been through, but I triumphed (in) this challenge with patience, faith and hope”, says “El Puma”, who with these statements has broken the silence that keeps since he started his postoperative recovery.

For April 20, he has scheduled a press conference, where he is expected to answer questions from journalists about his health and his plans for the future.

The singer of “Pavo real” and many other hits, with 46 albums and 16 telenovelas to his credit, had to slow his career in the middle of the last decade due to his lung disease, which is incurable and was diagnosed in the year 2000 .

In the statement, Rodriguez, who turned 75 last January, said he would love to sing again and help people, but for now he is focused on improving his health.

His comments have to do with the fact that in April the National Donate Life Month is celebrated in the United States.

“El Puma” wants to make the public aware of the importance of donating organs, according to the statement in which it is related how was the process that led to the double transplant.

Idiopathic pulmonary fibrosis (IPF) is a chronic lung disease that causes scarring of the lungs from unknown causes and as the healing gets worse, patients have difficulty breathing.

“I remember that my last performance on stage was in Barranquilla, Colombia, and I felt like I was going to die,” Rodríguez recalls. “My heart was beating so fast without me understanding what was happening to me,” he added.

The double lung transplant was performed at the Miami Transplant Institute (MTI), a partnership between the University of Miami Health System and the Jackson Health System.
Rodríguez was registered on the national organ waiting list on August 25, 2017.

Matthias Loebe, cardiothoracic surgeon who led the transplant operation of El Puma, said in the statement that “early referral to a lung transplant program is the only way to prolong life and explore ways to improve the quality of life.”

To be considered a good candidate for a transplant, patients must have social support and motivation and must lead a healthy and active lifestyle.

Before age was an important factor to be considered suitable for a transplant, explained Neeraj Sinha, director of lung transplantation of MTI.

“It was not common for people over 70 years of age to receive a lung transplant,” “but as surgical techniques and long-term care after transplantation have improved, more centers accept this patient population,” Sinha said. .

The MTI has performed more than 150 lung transplants since the first transplant of this type was performed in 1996 at Jackson Memorial Hospital.

According to the United Network for Organ Sharing (UNOS), MTI has performed more than 11,000 transplants of all types of organs since 1970. efe