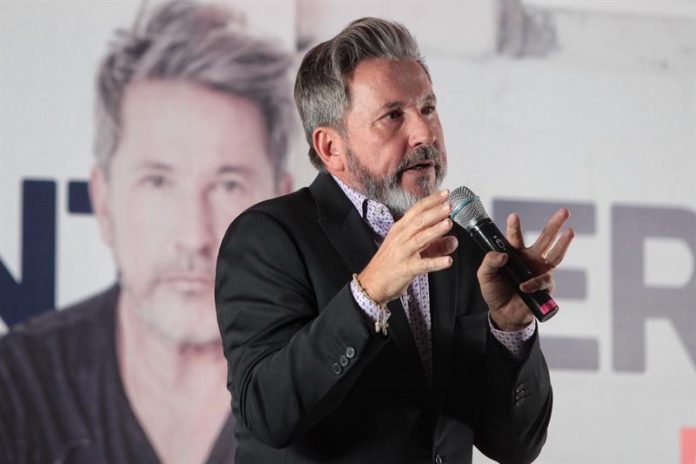 The singer Ricardo Montaner and the organization Human Rights Watch today announced a solidarity campaign in favor of the Venezuelan people that is directed in particular to governments with “ambiguous positions” on the “humanitarian crisis” of the Latin American country.

Montaner and the organization ask ordinary citizens to “raise their voices” and demonstrate to the Venezuelan people that “they will not tolerate that the Government of Nicolás Maduro continues to deny the devastating human rights and humanitarian crisis that they are suffering every day” , according to a press release.

Call me your friends, let’s do it together, “invokes Montaner in a video of the #TodosConVenezuela campaign, in which he highlights that” Venezuela faces a catastrophic crisis and needs help. ”

As part of this initiative, a web page has been created where some Latin American presidents can be asked “to maintain an ambiguous stance or, worse still, to be silent about the dramatic Venezuelan reality”, to speak out against Maduro’s “abuses”, according to the statement.

This initiative takes place a few days before the VIII Summit of the Americas, to be held on April 13 and 14 in Lima (Peru), which is expected to address the situation in Venezuela, when the first anniversary of the massive protests that were brutally suppressed in 2017.

“In Venezuela, critics and opponents are arbitrarily detained and prosecuted, and in some cases tortured, the security forces and armed gangs in favor of the government have killed and wounded demonstrators and bystanders,” he criticizes in Human Rights Watch.

The international human rights organization blames the Venezuelan government for “the repression and the brutal attack against its opponents”, as well as for denying the humanitarian crisis suffered by the citizens of this country.

Last weekend, dozens of Venezuelans protested near a military headquarters in western Caracas for the shortage of vaccines for children, a day after the Government of Nicolás Maduro announced the launch of a plan to apply 11 million of free doses throughout the country.

“The rates of infant mortality and maternal mortality have skyrocketed, the people are going hungry, and the sick have no access to the most basic medicines,” the organization added.

The campaign calls for solidarity in the region using the hashtag #TodosConVenezuela on social networks and the internet.