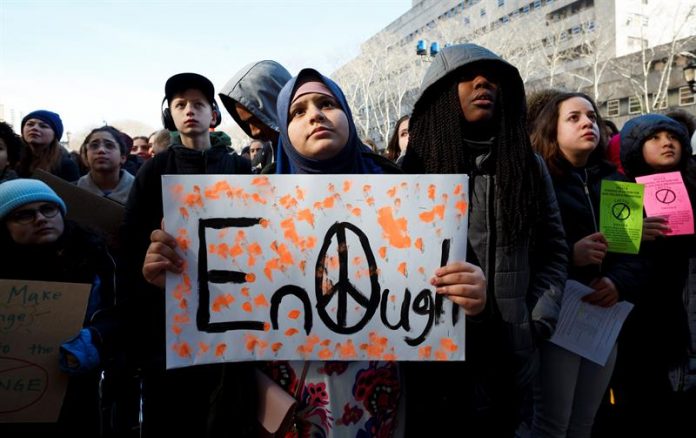 Hundreds of young people and students have gathered today at a forum in Miami to organize for greater control of arms in the country and prevent further killings like the one that occurred last February at Parkland High School.

The first Young Leaders Summit has started today at the Kendall campus of Miami Dade College (MDC), to generate a debate on “gun violence” and to teach school and college students. university students to organize.

“There are many of them who are getting involved in politics for the first time, so we want this movement not to be just marches and hashtags and videos on social networks, but really something to change and laws to change so that happen more, “Nikita Leus-Oliva, one of the organizers of the summit, told Efe.

The act is a response to the shooting that Nikolas Cruz unleashed at Marjory Stoneman Douglas High School, in Parkland, in South Florida (USA), and in which 17 people died, after which the national debate has intensified for a greater gun control.

The event will close Jaclyn Corin, survivor of the massacre and one of the founders of the movement Never More (Never Again), who today just invited to the summit Officer Ericson Harrell, of the North Miami Police, who is investigated for pointing at networks that the activists of the high school were actors.

“Come see me speak today at Miami Dade College, I’m a true high school student who is fighting for something I believe in … I’m definitely not an actress,” she wrote on her Twitter account.

Leus-Oliva said that aspiring public officials and officials attending this summit are expected to sign a commitment to fight for a reform on the use and sale of firearms.

The organizers, all of them high school students who had the support of social groups in Miami, have programmed different discussion tables, among which is the planning of political events and how to engage students to register local voters.

“Obviously the vote is the most important, but many of them can not vote because they are not 18 years old, including me, but there are many other things that can be done, such as organizing in the communities or registering other people,” Leus added. Olive.

As he explained, they hope that this event has an annual character to work in the long term to provide “tools and resources that are needed to create legislative and cultural changes.”