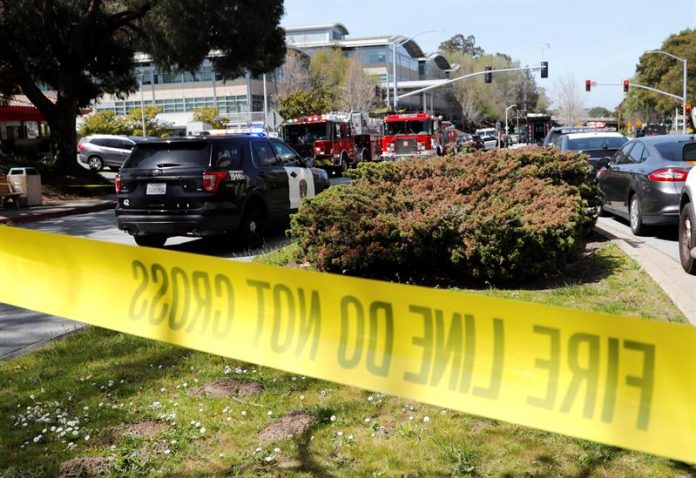 US authorities said today that a woman named Nasim Aghdam was responsible for the shooting at the YouTube headquarters in Silicon Valley (California), in which three people were wounded by bullets before the suspect took her life.

Local media reported that the investigation into the incident that took place in San Bruno, a city about 20 kilometers south of San Francisco, is in its first phase so it is still unclear what was the motive behind the shooting.

At first it was considered that could be due to a domestic dispute, although late in the afternoon it was discovered that Nasim Aghdam has a website where he complained on several occasions that YouTube allegedly blocked and censored his videos.

According to the reasoning of the suspect, that made him stop making money for the content he was hosting on this audiovisual platform.

“YouTube leaked my channels to prevent them from getting viewings!” Nasim Aghdam said on his website, which featured different photographs and videos, as well as several messages in favor of veganism.

The shooting, which occurred around 12.46 local time (19.46 hours GMT) in a courtyard of the offices of the technology company, led the authorities to order a large emergency deployment in the YouTube headquarters, a large complex consisting of three buildings in San Bruno.

Hundreds of people who were in the area had to be evacuated with their hands up and moved to safe places.

After some confusion throughout the afternoon about the number of victims the shooting left, the San Bruno Police finally clarified that three people were wounded by a firearm while a fourth was injured in the ankle while trying to flee.

Those responsible for the General Hospital Zuckerberg San Francisco reported that in this center they received three victims: a man, in critical condition; and two women, one of whom is serious.

The first information about the shooting came through social networks in the hands of employees who witnessed what happened. 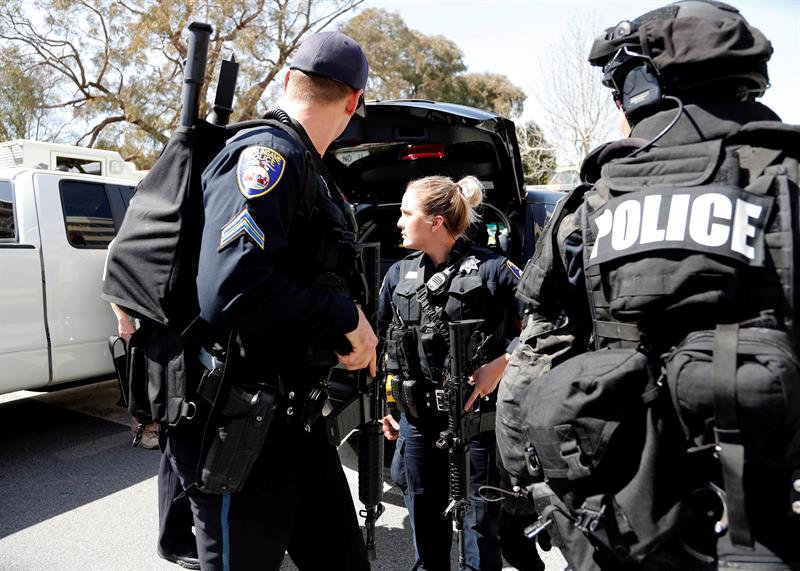 This worker explained that he first took refuge in a room with other colleagues and later said that he had been evacuated and that he was safe.

“We were sitting in a meeting when we heard people running because the floor rumbled, the first thing I thought was that it was an earthquake,” Todd Sherman, who on this social network also defines himself as a YouTube employee, said on Twitter.

“We headed to the exit and then we saw more people and someone said there was a person with a gun,” he added.

YouTube is the leading video platform on the internet and is part of the technological giant Google.

Sundar Pichai, CEO of Google, said in a Twitter message that “there are no words to describe the tragedy that occurred today.”

For his part, the president of the United States, Donald Trump, also posted a message on Twitter after having been informed about what happened. “Our thoughts and prayers are with all those affected,” he wrote.

After the massacre at a Parkland institute in which 17 people died on February 14, the debate over firearms has returned to the forefront in the United States.

In this sense, hundreds of thousands of people demonstrated on March 24 across the country in the March for Our Lives under the slogan “Never Again” (Never Again). efe