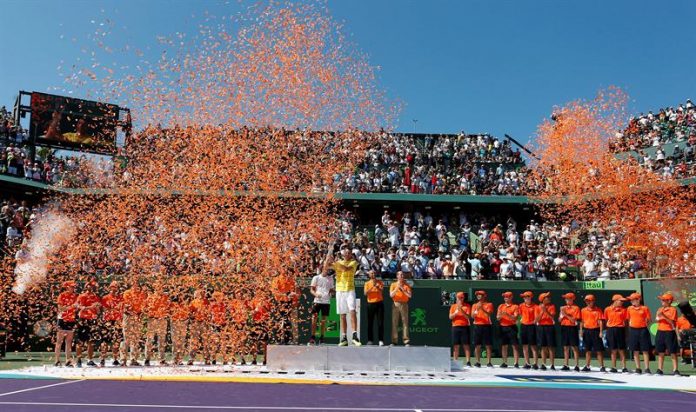 The American John Isner, fourteenth seed, defeated on Sunday the world’s fifth, the German Alexander Zverev, 6-7 (4), 6-4 and 6-4 and won his first Masters 1,000 in the last men’s final open of Miami in Cayo Vizcaíno.

Isner, 32, won the most important title of his career after losing three finals in this type of tournament and also became the first American to win in Miami since Andy Roddick in 2010.

Once eliminated Roger Federer and Novak Djokovic, who had taken the glass vase the last four years in Miami, and the absence of five-time finalist Rafael Nadal, this edition of the Florida tournament gave options to less common faces. 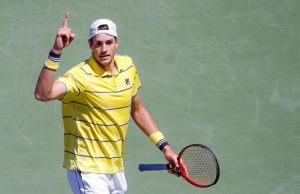 And in this final the North American grew, did not leave in vain all the effort that took him to the final, and although Zverev had defeated him in his three previous duels, Isner came back from the first set against, something that Zverev had to do. last year in Miami in their joint confrontation and that was resolved in three “tie-break”.

Both Zverev and Isner confirmed what was predicted before the clash: many winning shots and serves, but in that environment the American is always more comfortable, and he nailed three “aces” in the first three games, of 18 that endorsed him in the match, but “Sasha” held on as he could, including three break balls in the second game.

Isner himself confessed before the end his vulnerability, and that everything was in his head: as soon as he felt strong and “complicated to beat” as little confidence.

An instability that he knew how to deal with during the tournament and that lasted during the final with a first service that he scored in 82% of the time. 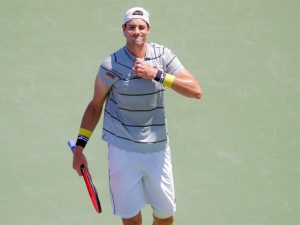 Isner, 17 of the world, took the initiative, and ‘the Little Prince’ missed the only “break” ball he had to see how in the later game the American was placed 15-40 with a magnificent parallel setback.

So the youngest player of the top 30 was forced to deploy the blows that led him to defeat the Spaniard Pablo Carreño in the semifinals, to save two more break balls.

Isner pardoned, something he did not do with the Argentine Juan Martin del Potro in the semifinals, who proved that, with confidence, the American is very difficult to win because in addition to serve has tennis.

Without breaking the service, they had to break the tie-break, when the Hamburg unleashed his claw and could finally raise his fist after three “mini-breaks”, including a double fault of the American.

As in the first set, the total commitment to service by both players remained as a way to get rid of the pressure of the rival and in the first eight games only six points were achieved to the rest.

Thus, the break option by one or the other was remote and they were winning with solvency their serves (4-4).

But it was in that fateful ninth game – in which many games are defined – when Isner got the first break, however much Zverev asked for the hawk’s eye when the audience had seen it inside and already began to cheer on his compatriot, that encouraged them to increase the pressure on the German.

With 4-5 and serve for Isner, Zverev tried it with two break balls that Isner saved with the best match tennis of both, including a rest of the German at an American service of 228 kilometers per hour.

Two games in white later, the decisive set looked similar to the previous two although Isner began to get more and more to the Germano, to which a double fault almost cost him the “break”, which the American was not able to confirm.

But the North Carolina was already launched, after winning his again in white, went to bite, to take advantage and went 0-40, but Zverev returned to defend himself as he could, thanks again to serve, so saved four new break balls.

Once again in the ninth game, Isner broke the serve, a decisive break that took him minutes later to lift the glass vase after seeing how the young Zverev lost the papers, destroyed his racket and threw it into the stands.

And although Isner qualified Zverev as the “best young player” of the circuit, in Miami the experience prevailed, a victory that is worth the American to return to be among the 10 best players in the world.