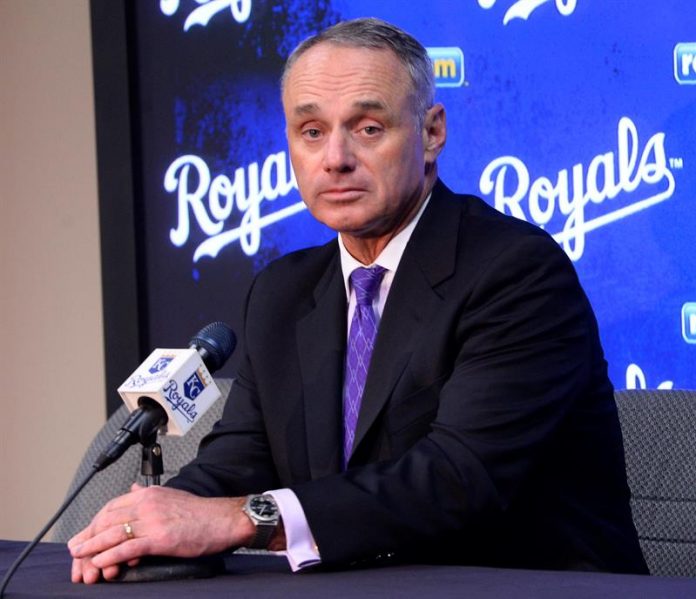 The presence and prominence of Latin American baseball players again stands out in the rosters of the Major League teams, which this week began the new season in professional baseball.

One more season, the representation of the Dominican Republic will be the most numerous with 84 players, although it will be lower than the one presented in the past, which was 93.

However, the Dominican Republic will have the opportunity to increase in number as the competition progresses because the teams will be able to raise players from the minor leagues to the first that competes in the Major Leagues.

If Dominicana remained at the forefront of the list of foreign countries that contribute the most baseball professional baseball, Venezuela also remained very close to having enrolled in the payroll of official teams to 74.

Within the lists of both Latin American countries are players of great class as it is the case of the Venezuelan second baseman Jose Altuve, Most Valuable Player (MVP) of the American League and man franchise with the Astros of Houston, current champions of the World Series .

The tradition and great contribution of the Puerto Rican players to the Major Leagues is maintained one more season and in this case with the increase of new values ​​in the payrolls of the teams of the majors.

Puerto Rico ranks third in the list of foreign and Latin American countries with more players and among them are young values ​​that will be key in the performance of their respective teams.

For the first time since 2011 there are more baseball players born in Puerto Rico in the Major Leagues, which demonstrates the change of the cycle in the development and growth of baseball in Isla del Encanto.

According to the information offered by the Major Leagues, on the day of the Opening Day of the new season, which took place last Thursday, the 30 Major League teams registered 19 Puerto Rican players in their official payroll.

This means that there will be three more players than those registered last year, and like the Dominican Republic and Venezuela, Puerto Rico has excellent young prospects who could make the jump to the majors during the regular season.

Along with the Dominican Republic, Venezuela and Puerto Rico, Cuba also makes its presence felt after allowing the exit of the Antillean players and there will be 17 in the Major League teams.

While Mexico contributes another 11 as fifth in the list, followed by Japan with eight, Canada and South Korea have six each and Colombia and Curacao reach the five professionals in the best baseball in the world.

The overall percentage of players born abroad was 29 percent, a slight decrease, compared to 29.8 that was recorded last year when the largest number in history was established.

This year’s tie the number of 2007 as the third largest in the history of major leagues, only behind 2017 and 2005 with 29.2 percent.
Countries like Nicaragua, Panama, Brazil and Australia have three players each in the Major Leagues.

While Aruba, Germany, Lithuania, Holland, South Africa, Taiwan and the Virgin Islands have one player per country in the majors.

Gift Ngoepe, Toronto Blue Jays infielder, is the first South African baseball player to appear on a roster on opening day of the Major Leagues.

Another novelty is the presence of pitcher of the Pittsburgh Pirates, Dovydas Neverauskas, who is the first Lithuanian to play in the majors.

The Texas Rangers with 14 foreign players remain for the second year in a row as the team that has more foreign players, after beating the Chicago White Sox and the Miami Marlins, who have on their payroll first team 13 professionals born outside of the United States.

The list of official teams for the opening day was 750 active players, 118 on the disabled list, eight in the restricted players and one in the paternity.

The Commissioner of the Major Leagues, Rob Manfred, highlighted again the diversity and the presence of foreign players in the league, but most importantly the development of the academics of teams working abroad.

“It’s to be proud of what professional baseball is doing in terms of the development and promotion of sports abroad,” said Manfred. efe