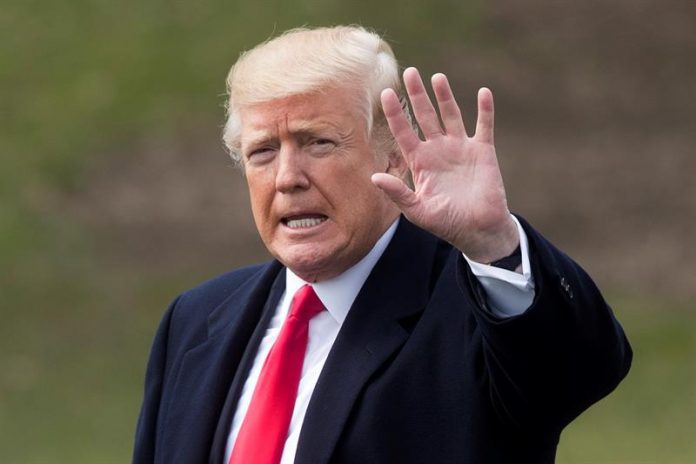 US President Donald Trump returned to Florida today to spend the Easter holidays at his social club Mar-a-Lago, on a flight from Cleveland (Ohio), where he gave a speech to promote their infrastructure plan .

Trump landed shortly after six o’clock in the afternoon, local time and immediately went to Mar-a-Lago, the property facing the Atlantic that he owns in Palm Beach and in which his wife Melania and the son of both were waiting for him. , Barron, who stayed there since last weekend.

This is the second consecutive weekend that the president spends this month in South Florida, after last Friday he will land from Washington and stay with his family during the weekend, after which Melania and Barron followed. in Florida for spring break (“Spring Break”).

Although the White House has not reported acts in the coming days, it is expected that, as last year, the president, his wife and family members will attend a religious service on Easter Sunday at the Episcopal Church in Palm Beach Bethesda-by-the-Sea, the same one in which the presidential couple got married in 2005 and where they have celebrated other important holidays.

This weekend is the sixteenth visit that Trump makes to his “Winter White House” since he assumed the Presidency, according to local media.

For his part, the US Vice President, Mike Pence, has landed this afternoon at Southwest Florida International Airport, in Lee County and north of Naples, and is expected to spend the next few days in the town of Sanibel, according to the Daily Naples Daily News.

Melania made a surprise visit today to the St. Mary’s Medical Center in West Palm Beach, during which she handed out Easter baskets and thanked “the medical professionals who work 24 hours and attend to their patients,” according to a note from the Office of the First Lady. efe