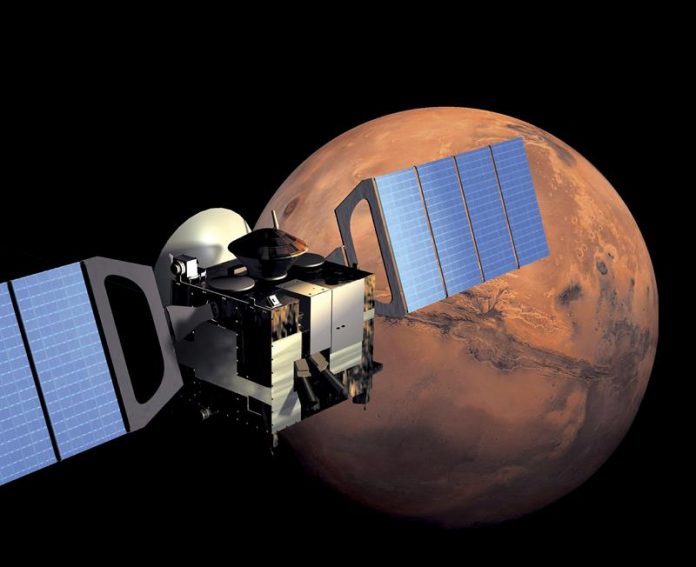 The Agency of Aeronautics and Space (NASA) just over thirty days after the launch of InSight, finalize the details of this mission to explore the interior of Mars to learn more about the origin of the Earth.

As of next May 5, NASA will be able to send a robotic vehicle that has as object to know the interior of the red planet, as well as other conditions of the same, in order to discover more about how this was formed.

“The objective is none other than to know more about the birth of the Earth, and we do it from Mars, although it may sound strange,” Bruce Banerdt, the mission’s principal investigator, explained today during a press conference. fulfillment of dreams accumulated during the last forty years.

The expert stressed that knowing the core of Mars can know more about how the planet has evolved, its layers and the very heart of it, which will allow them to extrapolate to understand the formation of the Earth.

All this will try to achieve this through a robot that includes a monitor of earthquakes and a small “torpedo” that will penetrate the surface to reach five meters deep, which would allow to measure the Martian internal temperature for the first time in the history, as highlighted.

In this way, InSight will combine the information about the heat fluxes with other data obtained in the place to reveal how the energy implies certain changes in the surface.

On the protection needed for the device before the sudden changes in temperature, Banerdt stressed that “not only do you have to have the device, but you have to protect it”, which has led them to generate a system with multiple layers: “It’s like a Russian doll, “he joked.

Mars is not an easy destination for space missions, since only 40% of those programmed are successful.

The setbacks have also affected InSight, whose initial launch was expected in 2016, but had to be delayed until May 2018.

The explanation resides in that it is the moment in which both bodies will line up again, since Mars is more distant from the Sun than the Earth and its orbital movement is longer, so the blue and red planets take 26 months in re-alignment.

The launching can be made from May 5, but will have until June 8 to take place in case the conditions are not optimal, and will not reach the red planet until November 26.

The mission, which will last almost two years and will travel 485 million kilometers to Mars, is financed and coordinated mostly by the US itself, but different European countries have also participated: Germany and France, above all, but also others like Spain.

The Spanish contribution is an environmental station (REMS, for its acronym in English) equipped with meteorological sensors for the Martian environment that will be coupled with the InSight.

In total, the United States will invest 813 million dollars, while between Germany and France they will add around 180 million in the project’s research. (efeusa)