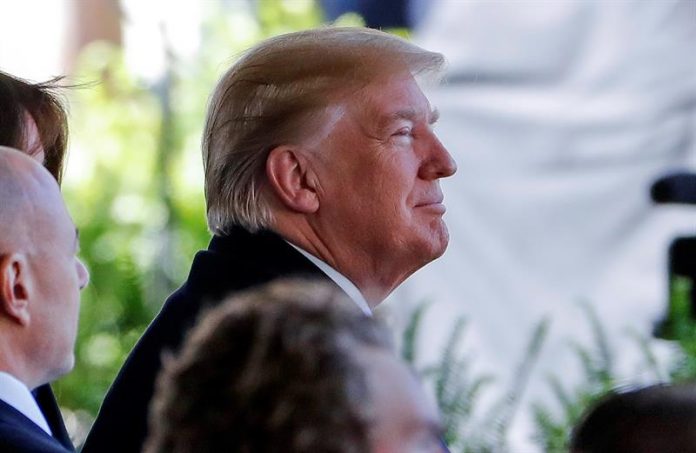 The president of the United States, Donald Trump, arrived yesterday in Palm Beach (South Florida), where he will spend the weekend with his wife Melania, having attended in North Carolina to the funeral of preacher Billy Graham.

For today he plans to meet with people who support the Republican National Committee and then deliver a speech at a dinner to raise funds for that political force.

Both activities are closed to the press.

In coincidence with the arrival of Trump, the Palm Beach media highlighted that the president’s lawyers reached an agreement to pay 5.4 million dollars to former members of a golf club that he owns today and where he usually plays when visit Mar-a-Lago, the mansion converted into a social club which has been described as the “Winter White House”.

Marra had ordered Trump last year to pay $ 5.8 million in damages to the plaintiffs, former partners of today’s Trump National Golf Club of Jupiter, a town near Palm Beach.

The president’s lawyers appealed that ruling to the Court of Appeals in Atlanta, Georgia, but the agreement known today makes the appeal hearings that were set for May unnecessary, says MyPalmBeachPost.

Only a final hearing on the agreement will be held on April 20.

According to the digital media, the plaintiffs are 65 former members of the golf club bought by Trump in 2012 to Ritz-Carlton for 5 million dollars that claim that the current president of the United States. changed the statutes unilaterally, refused to return their membership deposits and prohibited them from accessing the facilities.