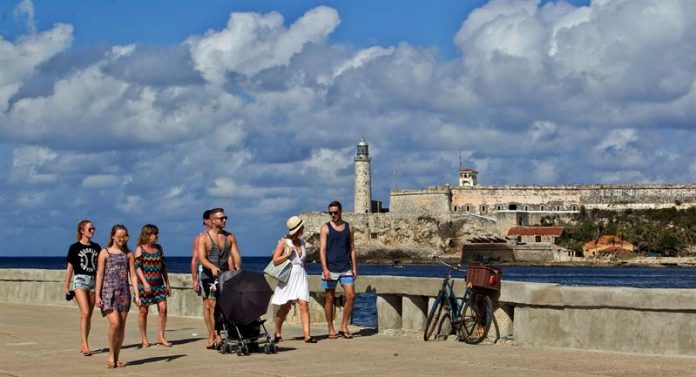 A coalition of 28 tour operators and companies specialized in educational trips to Cuba today called on President Donald Trump to reduce travel restrictions to the Caribbean island, a destination that the US government recommends “reconsidering.”

Specifically, Cuba is included in category 3 alert (“reconsidering the trip”) of the Government.

“This warning of inappropriate travel has caused fear and confusion and has drastically reduced the number of US citizens traveling to Cuba,” Andrea Holbrook, CEO of Holbrook Travel, one of the signatories of the petition, said in a statement.

The Department of State asked on September 29 to Americans who “do not travel to Cuba” for the alleged attacks suffered on the island between November 2016 and August 2017 a total of 24 nationals (embassy staff or relatives) , aggressions of which the USA has not yet found cause or guilty.

In addition, the Trump Administration withdrew 60% of the staff of the Embassy of Havana and expelled 15 diplomats from the Embassy of Cuba in Washington.

“The consequences of the actions of the Department of State have negatively affected not only American companies and institutions that send travelers to Cuba for educational purposes, but the lack of Embassy staff in Havana has also made obtaining visas very difficult. “, said Kate Simpson, president of Academic Travel Abroad.

In January, the government changed its category to the Caribbean destination and included it in category 3, a rating that according to the tourism sector is “unjustifiable” due to the lack of real evidence of such attacks.

For nations of category 3 (“reconsider the trip”), the United States recommends its citizens “avoid traveling due to serious security risks”.

On the other hand, the State Department faces this week a deadline that requires that, six months after the reduction of the Embassy in the Caribbean country, the staff must be reassigned to another place or returned to the same site.

In 2017, almost three times as many Americans traveled to Cuba compared to the previous year, according to data from the Cuban Foreign Ministry. efe