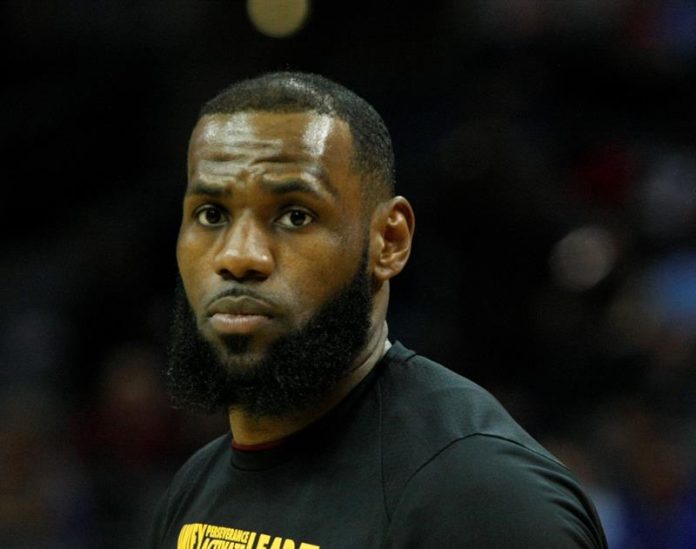 The story was repeated, the great team work of the Philadelphia Sixers, who had six players with double-digit numbers, was the key that opened the way to triumph at home by 97-108 against the Cleveland Cavaliers, who they returned to depend on their star, LeBron James.

The JJRedick guard with 22 points, including four three-pointers, was the Sixers’ top scorer, who had Australian rookie point guard Ben Simmons as the leader in the game with 18 points, nine rebounds, eight assists and two fumbles. .

Simmons, before the game received the good news of having won the Rookie of the Month award in February, after getting averages of 16 points; 7.3 rebounds and 7.7 assists.

The Australian player became the only rookie to achieve at least 16 points, seven rebounds and seven assists per game in a month, which allowed him to join the stars James, the base Russell Westbrook and the Serbian center Nikola Jokic as the only that they have achieved it in the league.

While the protagonism in the inside game corresponded to the Cameroonian center Joel Embiid, who got a double-double of 17 points, 14 rebounds and six assists.

Croatian power forward Dario Saric also excelled in the area by being close to the double-double with 16 points, including a decisive triple in the final stretch of the game, and nine rebounds, while the forward Robert Covington did it after scoring 10 goals and capture 10 balls under the rings.

The victory, the eighth in the last 10 games, which allowed them to snap a two-game losing streak, was the first of the Sixers (33-27) in 11 games against the current Eastern Conference champions.

Again, James was the Cavaliers’ leading scorer with 30 points, nine rebounds and eight assists, but they were not enough to avoid defeat, the third in the last five games.

Reserve power forward Larry Nance Junior reached 13 points and was the second highest scorer on a list of four Cavaliers players who had double-digit numbers.

Although the Cavaliers fought and approached a point below on the scoreboard 94-95 with 2:25 remaining at the end of the fourth period after a triple by guard Kyle Korver, when they had been 13 at a disadvantage, in the end they succumbed to the maturity of the Sixers, who scored the next eight goals and secured the victory.

The mood was also heated in the last seconds of the match, after Saric made a mate and Cavaliers reserve base Jordan Clarkson picked up the ball and threw it against his back.

Clarkson was expelled from the game, but the action of the referees did not prevent the players of both teams from being rebuked until the horn sounded at the end of the game.

Then, James went to the field of the Sixers and embraced Simmons and Embiid, action that did not like the followers of the Cavaliers, who booed him.

The Cavaliers (36-25), who remain third in the Eastern Conference, played without the starting guard J.R. Smith, who was suspended with a game for the team considering that he did not have the best behavior.

Smith went to the shooting session in the morning, before the game, but Lue said that something had happened after the training that led the team to suspend him with a game.

Lue said he hopes Smith can train tomorrow, Friday, and be ready for Saturday’s game when they will have to face the Denver Nuggets.