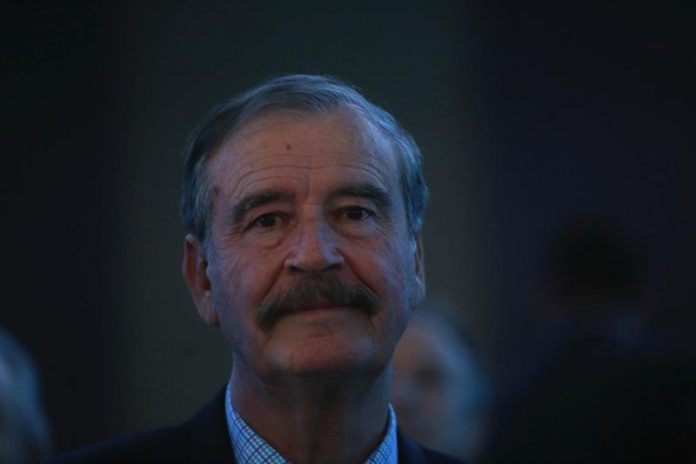 Mexican ex-president Vicente Fox, in an interview with Efe, lashed out today against authoritarianism and the “messianic leaders”, wished “the worst” to the president of the United States, Donald Trump, and affirmed that it is necessary to throw “with the legs in front “Venezuelan Nicolás Maduro.

“The messianic leaders, the populisms, the authoritarianisms, do not fit into a democracy, they are the antithesis of the American dream, the denial of the Washington and Lincoln dream, I do not know what that gentleman does there, who put him there, I wish him the worst, “said Fox, referring to Trump, in an interview in Dubai, where the Global Latin American Business Forum is being held.

Fox does not believe that, despite the tensions that have arisen between the US and Mexico over the wall proposed by Trump, the trade agreement that unites Mexico with Canada and the United States (NAFTA, in Spanish, NAFTA) will disappear. “No way”, points.

Likewise, Fox speaks with clarity about Venezuela, a country on which he maintains that “he is worse than ever, more hungry, more sick, less medicine, less freedom, less democracy”.

“Maduro is a real dictator, a gorilla that I do not know how we’re going to do it, but we have to throw him out, with his legs in front,” he stresses.

Which is why he believes it is necessary to “implement a strategy”.
“That’s why I’m working, that’s why I’ve summoned the Venezuelan leaders to sit down to see what the road is, because the only false exit that we should not take is violence,” he says.

“We have to win in democratic terms, even if there are all the disadvantages of the whole world, so it was my turn in Mexico and the PRI could be thrown out and we will do it in Venezuela,” he predicts.

The president of Mexico from 2000 to 2006 assures that globalization “is not only necessary but has been a great find, a great meeting of humanity that has reduced poverty significantly in the last three decades, has increased the middle classes in a very dynamic and has set in motion continents that were forgotten, like Africa. ”

“Globalization is a real asset, which can be improved, yes, and a lot, that is what must be done,” he says.

In that sense, it was clearly positioned against “nationalisms, individualisms, the ‘brexits’, the ‘catalonians-exit’ and the ‘californias-exit'”.

“They are a blunder, and the worst thing is that they are movements that come from pure populism,” which is why he considers that “submitting such a jingoistic nationalism to a vote is not the best way to achieve a better world.”

According to the former Mexican president, “the first thing is the dignity of people, human rights, freedom and democracy, only on those foundations can successful economies be built”.

And applied this theory to Latin Americans, he concludes: “we are extremely creative, but we have an enormous disadvantage: to believe that with that the world’s affairs are resolved”.

“Creativity and spark no one takes it from us, there will be others with more sense of responsibility,” he says.

With regard to the Arab Emirates, it states that “it has opened the window to a vision of the future that is nourished by the conviction that everything can and everything is achieved as long as there is good government and work”.

“It is an inspiration to come here, everyone should come here, especially those who think that Latin America does not have this bright future: coming makes you see that it can be here and it will be able to be there,” he concludes.