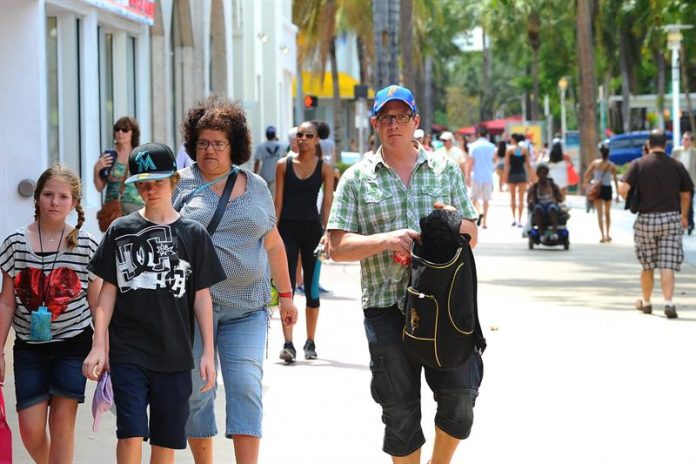 A study by the International University of Florida (FIU) shows that people who speak Spanish as well as in Spain are perceived among Spanish-speakers in Miami in a more positive way than those who do it as in Cuba or Colombia.

If it sounds like a Spaniard on the Iberian Peninsula, people tend to think that it is a more educated person, with higher incomes, a more qualified job and a family with more money, says the report’s author, the socio-linguist Phillip M. Carter.

If you speak like a Cuban on the island, it is the opposite. They perceive you as less educated, with less money, a less qualified job and with a less wealthy family than a Spaniard, and the perception of the Colombian accent and idiom is halfway between that of Spanish and Cuban, says Carter .

Far from being anecdotal, the study shows that the judgments that are made about a person by his way of speaking can have a significant impact and even “serious” in life, says Carter in an interview with Efe in which he highlights how they could influence when winning a job, rent an apartment or apply for a loan.

Carter is still surprised that in a city where Cubans are the majority and have triumphed in many fields, the value judgments about those who speak Spanish in Cuba are worse than those of the speakers of the Iberian Peninsula.

When asked if the fact that the test was used as a model a Cuban born and educated in Havana and not in Miami may have influenced said it could be, although for him the main reason is that concepts such as “mother country “and Castilian as” true language “still work.

To do the study, in which the University of Texas at Austin collaborated, almost 300 people were asked to listen to recordings of three men between 30 and 34 years old, university education and a job in Miami for at least a year.

Participants were not given more information about the three than their date of birth, their favorite color and in which country their parents were born.

In this last point the authors of the study “manipulated” the information and put each one of them parents born in a different country than theirs.

The two readers, in addition to the habanero, were one from Barcelona (Spain) and one from Bogotá (Colombia), but that information was not provided to the participants, of which 67% identified themselves as Latino or Latino and 52% as a native Spanish speaker

The next step that the participants had to give was to assign each of the readers a series of attributes related to their income, their profession and their family environment.

When asked to assess from one to five who was more likely to be a lawyer, the Barcelona received an average score of 3.4 points, Bogotano 2.8 and 2.7 habanero.

On the contrary, participants considered it more likely that the Colombian and the Cuban worked in a cell phone store, since both obtained an average of 3.1 points compared to 2.6 of Spanish.

According to the participants, the Cuban was the most likely to have a poor family (3.4 points), followed by Colombia (3.3) and Spanish (2.9).

Carter, born in North Carolina and speaking a fluent and correct Spanish with a Madrid leave, says the study shows that Latin Americans, who are the vast majority of Spanish speakers, are “fascinated” by the Spanish minority in Spain, something which also happens to Americans who speak British English.

In the study, however, the participants were not asked about linguistic aspects of the Spanish of each of the three readers, nor did they assess whether it was good or liked them.

The “Eurocentrism” in this matter is clear, he says. “It’s something that is in the head, perceptions already existed before participating in the study,” he said.

“It is an ideology that promotes the European, European values ​​and European languages ​​and varieties over those of other sites,” he says.

If asked if there is also perceived discrimination, racism or domination, he points out that they may be present, but underlines that the central element that the study gathers is that ideology that extols the European.

“I’ve been in Miami for six years and when I meet a Cuban, he always tells me that his grandparents were Galician or of ancestors in Spain,” he says.