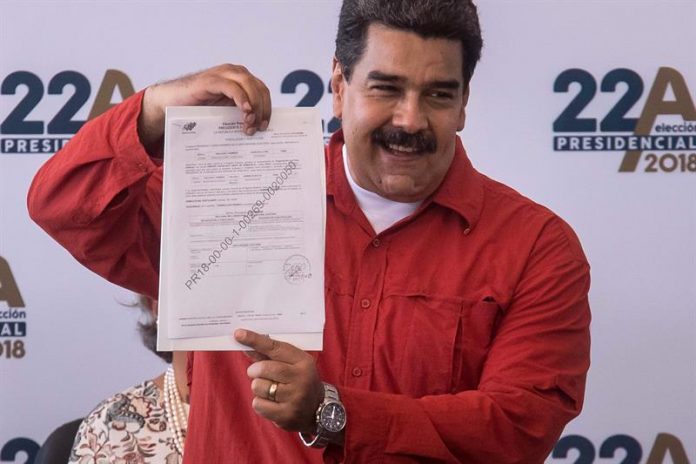 The Consulate General of Venezuela in Miami resumed this week, two months before the presidential elections held on April 22, its tasks in the same offices where it worked until its administrative closure in January 2012.

The consulate is attending the public five hours from nine in the morning at its offices on Brickell Avenue, in the financial center of Miami, under the orders of Jessica María López Piña, according to information from the same consular representation.

As reported by the newspaper “El Nuevo Herald”, the reopening has been possible after the payment of 145,000 dollars that the Venezuelan State owed to the owners of the offices for unpaid rent since September 2017.

Lee Swerdlin, vice president of real estate company Property Management for Florida East Coast Realty (FECR), parent company of the company that manages the building where the consulate is, confirmed to the newspaper that the payment was made last week and for now the check does not It has “bounced”.

In that way, the threat of an eviction, aired last week in the press, vanishes.

On February 14, Venezuelan President Nicolás Maduro ordered the reopening of the consulate in Miami so that Venezuelans living in Florida can register and participate in the presidential elections held on April 22.

That electoral call has been rejected by the Venezuelan opposition, governments of other countries and the Secretary General of the Organization of American States (OAS), Luis Almagro.

The consulate was closed in January 2012 by order of the then president of Venezuela, Hugo Chávez, after the expulsion of the consul of Venezuela in Miami, Livia Acosta Noguera, by the authorities of the United States.

As a result of the closure decreed by Chávez, which according to the Venezuelan community in Miami was due to the majority voting against the government, the Venezuelans of Florida, Georgia and the Carolinas had to travel from Florida to New Orleans to participate in the elections.

José Colina, leader of Venezuelan Persecuted Politicians in Exile (Veppex), told Efe today that the reopening of the consulate aims to “facilitate the commercial activities of the ‘boligurgueses’ and ‘plugged'” rather than serve the community.

Colina said that the only Venezuelans who are going to register in that consulate to vote on April 22 are “those who are in favor of the Government.”

According to the leader of Veppex, when the Miami consulate general closed in 2012 there were some 20,000 Venezuelans registered there to vote.

Now there are some 220,000 Venezuelans living in Florida and of them some 10,000 or 15,000 are “Boliburgueses” (wealthy Chavistas) and “plugged in” who have companies in the US. and they need the consulate to “facilitate” their commercial activities.

Venezuela is going through an unprecedented economic and social crisis, which has caused thousands of Venezuelans to escape from their country and Florida is one of the places chosen by many to start a new life.

According to Maduro on February 14 on mandatory radio and television, the decision to reopen the consulate in Miami follows a request “from the community of Venezuelans in Miami” who wants to register and “prepare to vote” in the presidential elections.