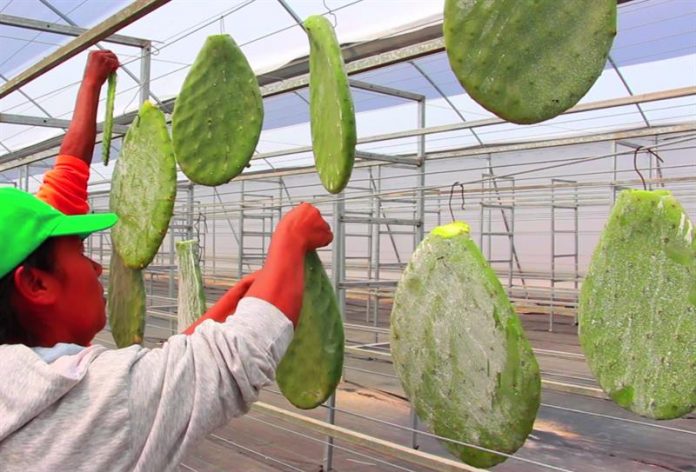 Mexican download of Peñamiller, in the central state of Querétato, suffers from poverty and lack of employment, so a group of farmers promoted a production project grana cochineal, insect from which a dye coveted by the international textile industry is extracted.

Near 60% of the locality of this municipality of 17,000 inhabitants suffers of extreme poverty, one of the highest indexes of the country, and many settlers have decided to go to look for opportunities to the United States.

Faced with this dramatic situation, a group of agricultural workers who did not want to resign themselves promoted a production and marketing project for grana cochineal ink to provide employment opportunities for the population.

The cochineal (Dactylopius coccus) is a winged insect and plant parasite, endemic to the American continent, which resides in the cactus, an emblematic cactus genus since it is found in the national coat of arms of Mexico holding an eagle that devours a snake.

The textile industry uses this insect mainly for the extraction of the dye composed by carminic acid, which allows producing reddish ink.

This practice is ancestral, since there is evidence that indicates that on the coasts of Peru the cochineal was used as a textile dye about 2,000 years ago.

The Aztecs also adopted this practice until the arrival of the Spanish conquistadors in the sixteenth century, who began exporting cochineal dye to Europe, where it was used by renowned painters such as the Dutchman Vincent van Gogh.

“This insect has different uses Ancestrally, in Mexico it was used to obtain dye for textiles and some food, if we go to any cactus plantation in Mexico we will find wild grana,” José Luis Padilla, regional operational manager of the National Commission, told Efe of the Arid Zones (Conaza).
The Peñamiller cochineal production project, which is supported by government resources and involving 70 families of the municipality, began two years ago with the construction of a 1,000-square-meter greenhouse and is now fully operational, Padilla counted.

The elaboration process consists of cutting the mature leaves of the terraces with nopal plantations, cleaning them and taking them to the greenhouse, where they are mixed with cochineal eggs that nest in the plant.

After the period of maturation and incubation, the prickly pears of cactus are taken off and, with a brush, the insect of the plant is detached. 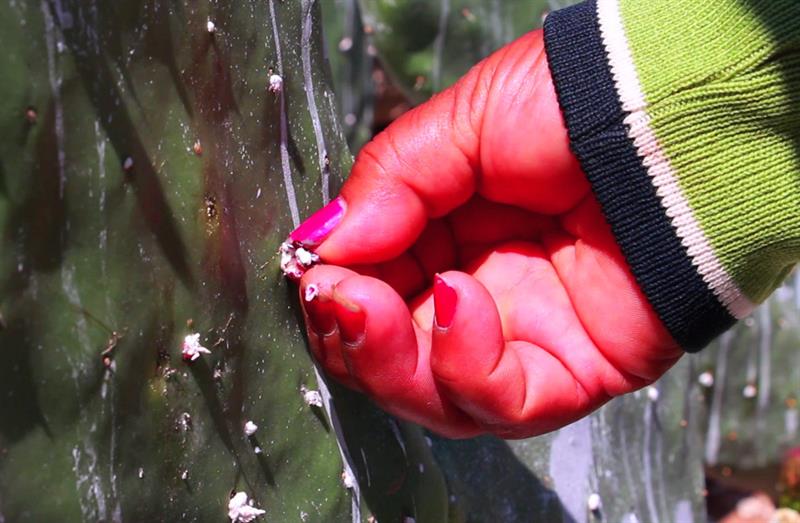 It is at that moment, when the grana dies since it loses its habitat and its source of food, the drying period begins for its subsequent commercialization.
Padilla said that the price of grana depends on the Peruvian market, the largest producer in the world, and that currently Peñamiller sells the cochineal that produces $ 38 per kilogram.

“This is an innovative project because the nopal had never been established on terraces with a large irrigation system to serve large productions,” said Laurencio Hernández, technical coordinator of the National Agricultural Workers Unit (UNTA) of Querétaro.

After decades in which the coloring of the cochineal came into disuse due to the growth of chemical dyes, now it is again a product requested by the increase of people looking for natural inks.

“A very important part of this project is the roots of the producers in their regions,” said Óscar Gutiérrez, delegate of UNTA, who hopes that through this project the young people will stop leaving the town due to the lack of employment. efe