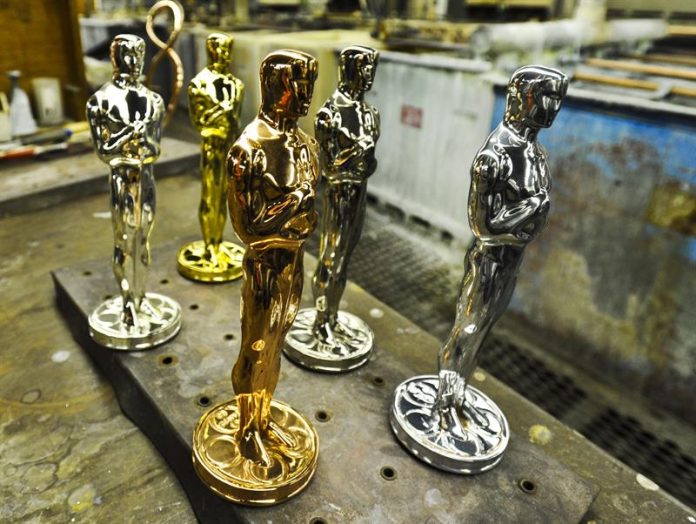 The Oscars celebrate 90 years full of records, like the 22 Walt Disney awards; anecdotes, such as the naked man who ran behind an undaunted David Niven, or failures, such as the announcement of the award for best film for “La La Land” when in fact it was for “Moonlight”.

There are hundreds, if not thousands, of the curiosities of prizes that were presented for the first time on May 16, 1929 at a private banquet at the Roosevelt Hotel in Los Angeles. 270 people attended the awards ceremony that had been announced three months earlier.

They had 12 categories compared to the current 24. And that small group of attendees has gone to 3,300, which is the capacity of the Dolby Theater in Los Angeles, where a show that is televised to everyone is held.

A follow-up that makes anything that happens now in the ceremony, immediately become the news of the day, as it happened in 2012 with the fall of Jennifer Lawrence when she went on stage to pick up her Oscar for best actress or with the full selfie of celebrities that the presenter, Ellen DeGeneres, took in 2013.

But in the Oscars before globalization there were also many memorable moments. The delivery of more than 3,000 statues has given a lot of itself.

And even before delivering them, because one of the most stressful moments for the Hollywood Academy was when in 2000 they stole the truck that was transporting them from Chicago to Los Angeles. They appeared, but since then, there are always enough reserves in the Academy stores.

Careful that does not prevent blunders like last year, when the team of “La La Land” took the stage to collect the Oscar for best film, which was actually for “Moonlight”.

A moment that will go down in history, like so many others – the happy majority – of the Oscar galas.

Every film lover remembers, for example, when in 1972 Marlon Brando rejected the Oscar for “The Godfather” in protest of the treatment of the American Indians and sent the Indian activist Sacheen Littlefeather to announce it.

Or when the Italian Roberto Benigni walked on the armchairs and heads of the assistants to the 1999 Oscars before collecting his award for “Life is Beautiful”.

In the retinas or rather in the eardrums of the whole world that “Pedrooo!” Was recorded. Penelope Cruz exclaimed to announce the Oscar for best film in non-English that his friend Almodovar took for “All about my mother.”

And even more surprising, the naked man who appeared running behind the elegant David Niven at the 1973 gala. His British phlegm was able to overcome the show with fine irony.

Other good times were starred by Jack Palance in 1991, with 73 years and doing push-ups on stage, or Kirk Douglas and Burt Lancaster doing almost a circus number in 1958.

Or the surprise, hiccup and babbling that Anna Paquin received the Oscar for “The Piano”. Something logical because he was only 11 years old.

Still younger was Shirley Temple, who at the age of six picked up a statuette but of honor, while Tatum O’Neal is the youngest winner of an official award, with 10 years, for “Paper Moon”.

The oldest, Christopher Plummer, who with 82 years won the best secondary award for “Begginers”, a record that he could beat this year if he wins his nomination for “All the Money in the World” because he has already surpassed the 88 years

But as far as records are concerned, Walt Disney, the magician of animation, won 22 prizes, all as a producer. As far as a category is concerned, the one that accumulated the most statutes in his career was precisely the one that designed it. Cedric Gibbons, with 11.

Of nominations the one who knows most is the composer John Williams, with no less than 51, and in the field of acting is the onmipresente Meryl Streep, with 20 and three Oscars, one less than the great Katharine Hepburn, to which nobody until now he has managed to reach.

Of films “Ben-Hur”, “Titanic” and “The Lord of the Rings: The Return of the King” are tied as more prizes (11) and, as director, Jonh Ford is the one that has taken most, four.

And after 90 editions there are still new milestones every year, like the one that this edition has the first woman nominated for the best direction of Photography, Rachel Morrison, for “Mudbound”.

In a year marked by the movement in favor of women and to end sexual harassment in Hollywood, the icing would be that she or Greta Gerwig, nominated in a predominantly male category, managed it. So much so that only one woman has triumphed in 90 years, Katrhyn Bigelow.