LeBron James was crowned best player in the 67th edition of the NBA All-Star Game and led his team to victory 148-145 against Stephen Curry’s side in a duel of greater seriousness and intensity than in past editions.

James, who won the third MVP of his career in the All-Star Game, finished with 29 points, 10 rebounds and 8 assists in 31 minutes, while teammate Kevin Durant added 19 points. In the rival team the most outstanding was Damian Lillard with 21 points in 21 minutes, while DeMar DeRozan added another 21 points.

The players took the appointment more seriously than in the past and, above all, with a better attitude, something that benefited the public of Los Angeles, city that for the first time since 1996 did not have any player of their franchises (Lakers and Clippers) in this match. 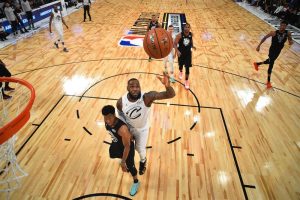 It was a night of winks, like the good tune shown by ex-partners like Durant and Russell Westbrook or James himself with Kyrie Irving. Special mention deserved Anthony Davis, who went out on track with the uniform of DeMarcus Cousins, his teammate injured for the entire season.

The spectators were slow to warm up despite the good start, marked by the personality of Joel Embiid and the delivery from the bench of Karl-Anthony Towns, coming off the bench with energy.

His impact was immediately noticed giving an advantage of 11 points to his own after the first quarter (31-42). The LeBron team squeezed more in the second quarter and, with better shooting percentages, they were placed ahead (53-52) with a tremendous alley-oop from James himself to Westbrook pass.

There were important partials throughout the period (58-70) due to the defensive effort of men like Giannis Antetokounmpo and Embiid-splendid stopper on the base of the Thunder-, but at the break they arrived with great equality in the score (76-70). 78) and a feeling of effort on the parquet floor, like the one shown by Klay Thompson with his five triples.

So much so that in the first half had already been more free throws than in the games of the last two editions.

The only jarring note was the absence of Jimmy Butler, who did not play a single minute during the crash despite the fact that the League reported no injury.

More enthusiastic seemed to be NBA legends like Shaquille O’Neal, Elgin Baylor, Julius Erving, Kareem Abdul-Jabbar, Jerry West, Magic Johnson and Bill Russell, who received a warm ovation from the audience after being introduced from the center of track.

Thus, between showy plays and a triple recital by Curry and Bradley Beal, the team of the Warriors star went with a slight advantage with a quarter (109-112) and left on a silver platter a final of those who like in a meeting of these characteristics.

Lillard threatened to blow the stake ahead of time from the perimeter (120-133). As expected, James and his ex-partner Irving faced off, leading their own and pointing the way to an explosive epilogue (139-140) with two minutes to go.

James tied the duel with a triple (144-144) and each possession went to fight in a huge way. In the end, a triple by James Harden did not enter and Westbrook on counterattack did not spare. 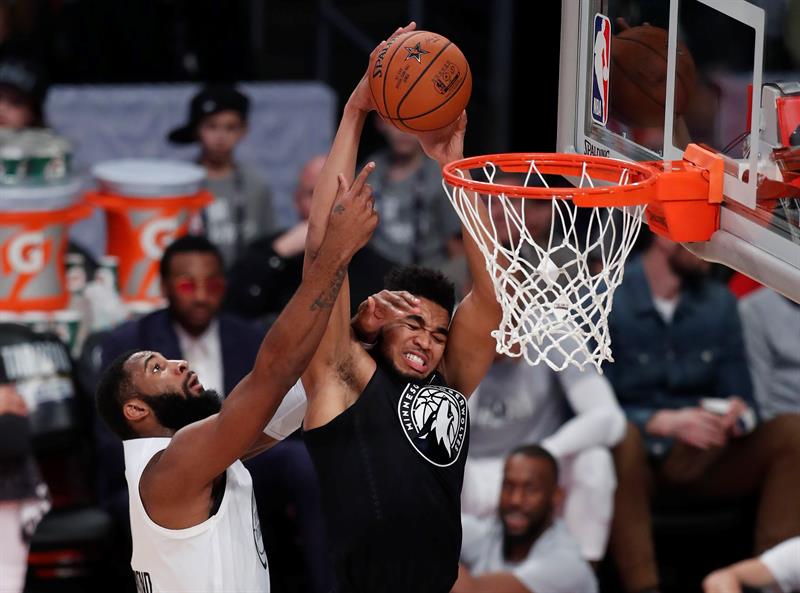 Incidents: 67th edition of the NBA All-Star Game that was played at Staples Center, Los Angeles (California), before some 19,000 spectators. efe

Tim Cook is “very optimistic” with the US trade agreement. and China

The CEO of Apple, Tim Cook, was today "very optimistic" in the face of negotiations for a trade agreement between the United States and...

Volunteer Mission of Florida travels to Guatemala with 1,500 gas masks

The Global Empowerment Mission (GEM) organization, formed by volunteers and dedicated to help in case of natural disasters, today sent to Guatemala a first...

Americans Luke List and Jamie Lovemark, both with 137 shots (3 under), lead The Honda Classic, a PGA Tour tournament played at the PGA...

Several US soldiers killed in the IS suicide attack in Syria

Several US soldiers were killed today in a suicide attack claimed by the jihadist Islamic State (IS) group in the city of Manbech, in...

Panamanian President Ricardo Martinelli will appear tomorrow in Miami before the judge in charge of the appeal filed by his defense after a US...