Pro-immigrant activists said today that despite press reports they still ignore the number of immigrants detained during the three-day operation that the Office of Immigration and Customs Enforcement (ICE) took in the Los Angeles metropolitan area.

“Since Sunday we have heard about the operation but we still do not know how many people were arrested in an action where ICE wants to show that it is their own boss,” Jorge Mario Cabrera, spokesperson for the Coalition for Human Rights of the Immigrants from Los Angeles (CHIRLA).

In a statement sent to Efe, ICE confirmed the operation and assured that areas such as California, force the migration agency to concentrate additional resources to make general arrests in the community, putting officers, the general public and foreigners at greater risk. and increasing the incidents of collateral arrests.

“That’s what ICE is doing now in Los Angeles, and what ICE will continue to do in non-cooperative jurisdictions, sanctuary cities are not immune from federal laws,” the statement said.

“Ideally, we are working with local police and county jails to identify public safety threats under their custody, which are also in the country illegally, for deportation,” he adds.

The actions would be part of the efforts of the federal authorities to intensify the actions against the zones that have been declared a sanctuary.

ICE interim director Thomas Homan warned at the beginning of the year that it would “significantly increase” federal personnel looking for undocumented “criminals” in neighborhoods and workplaces in areas that do not want to collaborate with immigration authorities. 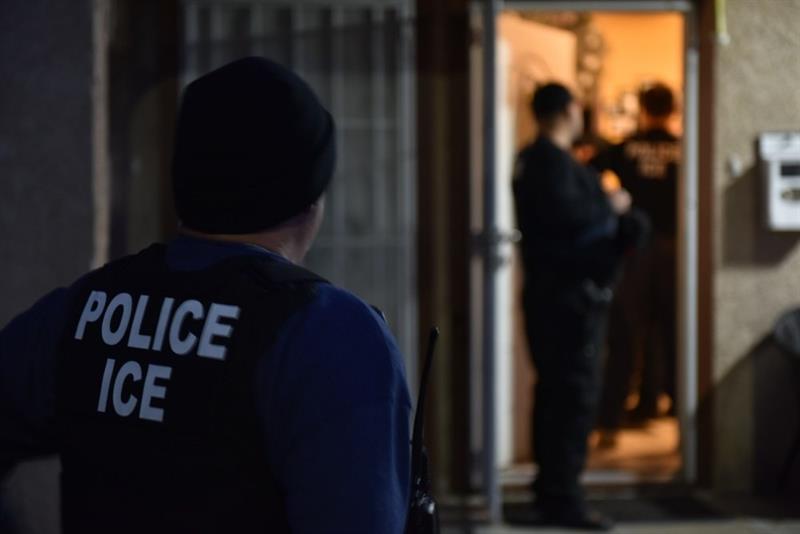 One of the main objectives is California, which implemented SB54, known as the Securities Act, which aims to protect immigrants from arbitrary detention.

This is precisely what Cabrera and the coalition of organizations known as the Rapid Response Network are concerned about.

“We want to know if in this cooperation they are violating SB 54, we have rights and we are going to defend them, and we invite those affected, especially the collateral arrests to report these arrests,” said Cabrera.

ICE confirmed that because the operation is still ongoing, they can not provide more information on the total of detainees until the action is concluded. (efeusa)