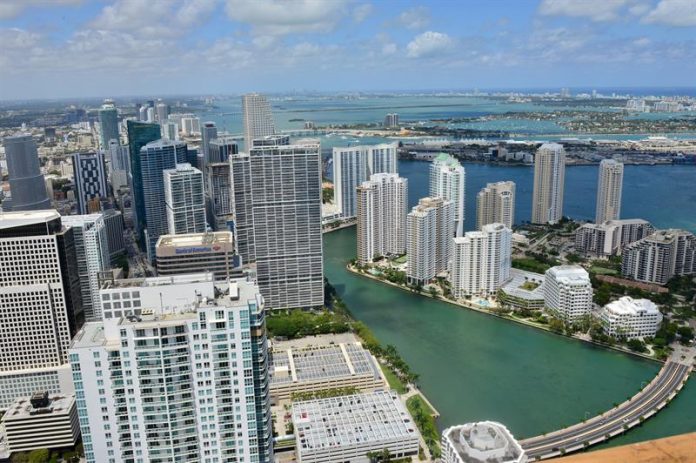 The increasing rate of sea level rise, calculated by experts during the last 25 years, threatens the viability of important coastal cities in the future, according to a study published today in the specialized journal PNAS.

If the oceans continue to increase their level at the current rate, the sea level will have increased 65 centimeters by 2,100, enough to cause “significant problems” to the cities located on the coast, said scientists from the Cooperative Institute of Environmental Sciences Research ( Cires).

The area of ​​Tampa Bay (Florida)), for example, has been identified as one of the 10 most vulnerable areas of the world due to this accentuation in the sea level growth rate, according to Efe, one of the co-authors of the study, Gary Mitchum

The scientist referred to a classification that the World Bank elaborated in 2013, which also includes the Chinese cities of Guangzhou and Shenzhen; Americans Miami, New York, New Orleans and Boston; Bombay (India) and the Japanese Nagoya and Osaka.

“This acceleration, driven mainly by accelerated melting in Greenland and Antarctica, has the potential to double sea level rise by 2,100 compared to projections that assume a constant rate,” said lead researcher Steven Nerem of the Cires.

The increasing concentrations of greenhouse gases in the Earth’s atmosphere increase the temperature of the air and water, which causes sea level to rise in two ways.

On the one hand, warmer water expands, and this “thermal expansion” of the oceans has contributed to about half of the 7 centimeters increase in the global average sea level of the last 25 years.

Secondly, the fusion of Earth’s ice flows into the ocean, which also increases the sea level around the world by a high percentage, according to this Cires research with the University of South Florida, the Goddard Space Center NASA, Old Dominion University and the National Center for Atmospheric Research.

These increases were accounted for using satellite altimeter measurements since 1992, a period in which different climatic phenomena, such as the Mount Pinatubo or El Niño eruption, influenced the ocean temperature and global precipitation patterns.

Nerem and his colleagues used climate models including volcanic effects and other data sets to determine the underlying rate of sea level and acceleration over the last quarter of a century.

In addition, they handled data from the Grade satellite mission to discover that the acceleration is “mainly” due to the melting of ice in Greenland and Antarctica.

“This study highlights the important role that satellite records can play in validating projections of the climate model,” said co-author John Fasullo, a scientist at the National Center for Atmospheric Research.

After analyzing all the available data, the experts concluded that the next generations will experience a landscape “very different” from that of today. efe

Pau Gasol: “We fight to the end and I feel like I’ve had a good season