LeBron James, “devastated” by Kobe Bryant: “I promise I will...

The former major league player and ex-husband of Jenni Rivera, Esteban Loaiza, was arrested by the San Diego Police in California, in possession of more than 20 kilograms of cocaine, local authorities reported today.

The San Diego Sheriff’s Department indicated that an investigation related to drug trafficking was the one that resulted in the 9th arrest of Loaiza, to whom the judge imposed bail of $ 200,000.

The ex-husband of the 46-year-old Mexican regional music singer faces three criminal charges for possession with intent to sell and transport controlled substances and will have to appear next Wednesday before a judge in the southern court of San Diego.

During some police surveillance work, the detainee was seen with a vehicle that was believed to be involved in the transfer of narcotics.

Then, agents proceeded to stop the car after a minor traffic offense when leaving a residence in the city of Imperial Beach, south of San Diego.

When checking the car, the police found a sophisticated compartment commonly used for contraband, the same source said in a statement. 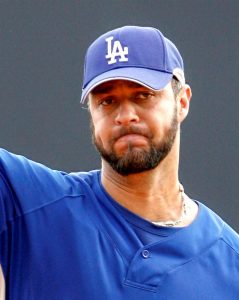 After this finding, it was possible to obtain a search warrant for the residence that had been rented by Loaiza at the beginning of February, where 20 kilograms of cocaine were found, with an approximate value of half a million dollars, informed the authorities.

The exlanzador had previously been arrested in 2006 in Oakland, also in California, for driving at excessive speed while intoxicated, while in 2013 he was arrested by the Tijuana police in Mexico for drinking along with other people in a taxi.

In the Major Leagues, Loaiza played with the White Sox of Chicago, the Pittsburgh Pirates, the Texas Rangers, the Oakland Athletics and the Los Angeles Dodgers, among others.

Jesse Navarro, spokesman for the San Diego District Attorney’s Office, said that she will receive the case and will evaluate at the next hearing whether there is a risk that they may request that the former player be held without bail.

Because it was an open investigation, he could not give more details of the case, but he emphasized that the fame of the athlete will not influence the legal process, since the “law must be a couple”, although he emphasized that people who have “public trust” They should be a better example for the community. ”

“Unfortunately, we see people who have a lot of money or a lot of fame who get involved in drugs without any economic need, it is the environment in many cases in which they live,” he lamented.

The Council of the District of Columbia approved an emergency bill on Tuesday that seeks to reform the police in the area and, among...

US Justice orders reunification of separated children in 30 days

The United States Justice today ordered the Government of President Donald Trump to reunite, within 30 days, the hundreds of children separated from their...

“Meules” by Monet, sold for 110 million dollars, sets a new record for the painter

The rock band Caifanes plans to start composing a new album soon, thinking how to continue being themselves and at the same time meet...

The Cibaeñas Eagles defeated the monarchs Tigres de Licey 6-1 on Tuesday night, and their victory allowed them to tie with the Lions of...