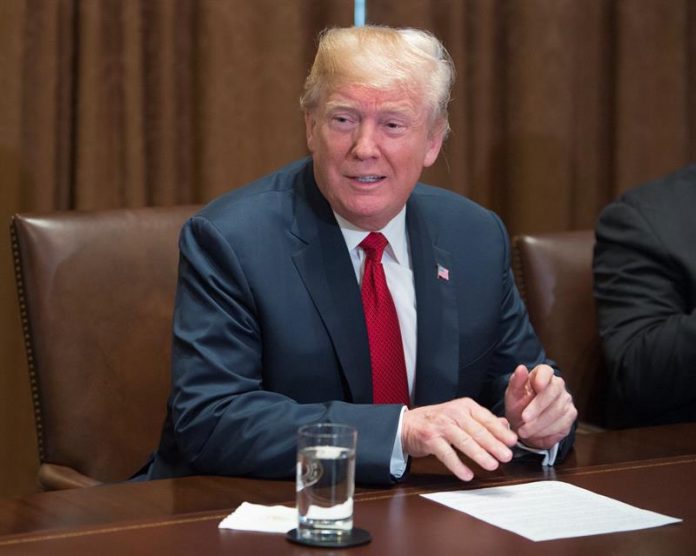 US President Donald Trump has full confidence in his chief of staff and will not dismiss him because of his handling of the scandal of Rob Porter, a senior official accused of mistreating his former women, according to two aides to the president.

In an interview on the Fox network, the head of the White House budget office, Mick Mulvaney, said that Trump “absolutely” is not talking to his advisors about the possibility of firing Kelly, a general who has little more than six months as chief of staff.

“I think those rumors about the departure of the chief of staff cause a lot of noise but they are nothing,” said Mulvaney, who suggested that the people who are driving these hoaxes are “unhappy because they have lost access to the president” since Kelly came to power. .

After six months at the head of the Department of Homeland Security, Kelly went on to occupy the position of chief of staff (equivalent to the prime minister in Europe) in July 2017 with the mission of printing discipline to a team marked by chaos, struggles of power and the constant scandals.

The consensus in Washington is that it has managed to contain some of the turmoil in the West Wing, but it has also generated controversies that have eroded its relationship with the president.

During this last week, Kelly has been splashed by the controversy that led to the resignation of Rob Porter, the secretary of staff of the White House, who was accused by his two ex-spouses of mistreating them physically and psychologically years ago.

What could have been an isolated incident became a scandal thanks, in large part, to the unconditional support Kelly publicly expressed to Porter when the allegations arose, and also because of the revelation that the chief of staff was aware of the complaints for months and did nothing about it.

In an interview today with ABC, Kellyanne Conway, one of Trump’s closest advisors, said the president has “full confidence” in his chief of staff.

“I spoke with the president last night on this very issue and he wanted me to underline again everyone, including this program, that he has full confidence in his current chief of staff, General John Kelly, and that he is not actively seeking replacements.” , Conway said.

The advisor, in addition, said that Trump also fully relies on Hope Hicks, the communications director of the White House, Porter’s current partner and that, according to several media, helped to draft the initial reaction of Kelly, in which he praised and defended his subordinate.