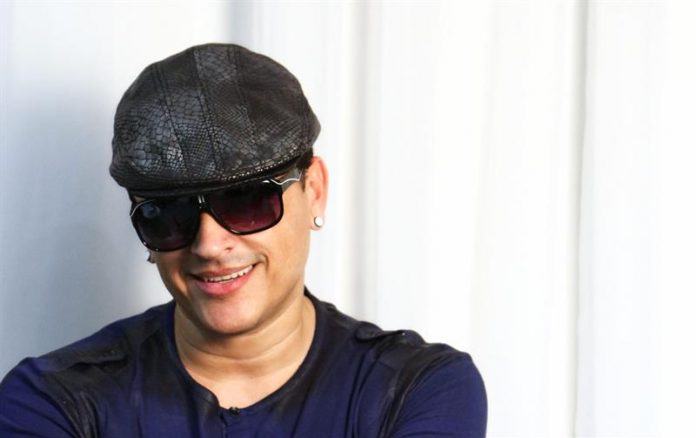 The Puerto Rican singer Elvis Crespo, released today on all digital platforms his new album, “Diomedizao”, a tribute to the Colombian Diomedes Díaz, the legend of vallenato, and Itunes was placed in the number one sales in the US, and Puerto Rico.

The album released by Flash Music contains eight songs adapted from vallenato and cumbia to the rhythm of tropical merengue.

In a statement, Crespo said that Diaz became a musical influence for him since the end of the 90s knew his name and music.
“Magical coincidence that my father is called Diomedes Crespo and my mother Irene Díaz,” said Crespo.

The singer decided to dedicate this record-tribute to him after having seen in television the biographical novel of the “Cacique de La Junta”, as the legendary singer is also known.

“Automatically I got stuck with his story and decided to do this tribute,” said Elvis Crespo.

The album includes its single “The brown window”, a worldwide success, in addition to “Why reason”, “The injured condor”, “Simulation”, “You are the queen”, “The juntera” and “Without measuring distances”. ”

Winner of Grammy, Latin Grammy and Latin Billboard, Elvis Crespo, born in New York in a family from Puerto Rico, has excelled as a merengue performer, the Dominican rhythm.

Throughout his career he has been more than 27 times at number one on the Billboard charts and among his hits are “Suavemente” (1998) and “Bailar” (2016), with Deoro.

In “Azukita”, which is in full swing as dance music, Elvis Crespo shares the limelight with Steve Aoki, Daddy Yankee, Play-N-Skillz. (efeusa)