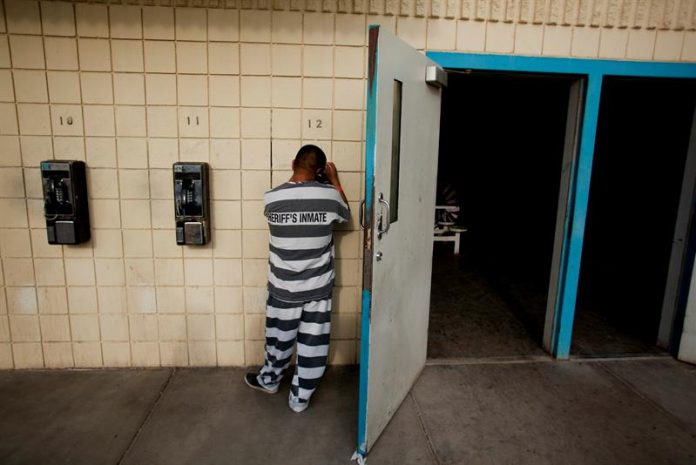 The Tenth District Federal Court of Appeals, based in Denver, Colorado, said today that undocumented people who report being subjected to forced labor while in a detention center can file a class action lawsuit.

In a brief of more than 30 pages, the court expressed its opinion regarding a judicial proceeding initiated in 2014 against the company Geo Group, operator of a detention center in Aurora, where the nine plaintiffs allege that they were forced to perform work without compensation or with a minimum payment of one dollar per day.
The decision of the Court of Appeals validates the use of the Law for the Protection of Victims of Human Trafficking (TPVA, in English) to protect the rights of undocumented immigrants, since that law prohibits forced labor.

In a previous ruling, the district court indicated that all undocumented immigrants housed in a GEO prison in the last ten years could file a class action lawsuit and that those who had participated in “voluntary work” at the Aurora center in the past three years could participate in another lawsuit, in this case based on state laws.

GEO, contracted by the Immigration and Customs Service, appealed that decision indicating, among other elements, that the participation in the program of “cleaning of the accommodation units” was part of the obligations that had to be met by those housed there and were detailed in the manual they received when they arrived at the center.

As part of the appeal process, several ex-detainees and representatives of several pro-immigrant organizations testified that the undocumented “were forced to clean up without payment and under threat of solitary confinement,” according to the document released today.

The ex-detainees, the court said, provided sworn statements indicating that they carried out the cleaning tasks due to those threats.

GEO also argued that the original lawsuit should be rejected by the court because the activities of the inmates were excluded from the rights protected by the Thirteenth Amendment to the United States Constitution (where “involuntary slavery” is spoken).

The district court rejected GEO’s argument and the new appeal came to the Federal Court which, for its decision, took into account the number of potential litigants, the ability of the representatives of those litigants to provide them with adequate legal representation and compliance with the minimum requirements for group demands.

On that basis, the judges of the Court of Appeals ruled that the lower courts “did not abuse their discretion” in certifying the class action lawsuits and, therefore, reaffirmed the continuity of those lawsuits.

Cardinals win duel of leaders; Diamondbacks return to the path of triumph