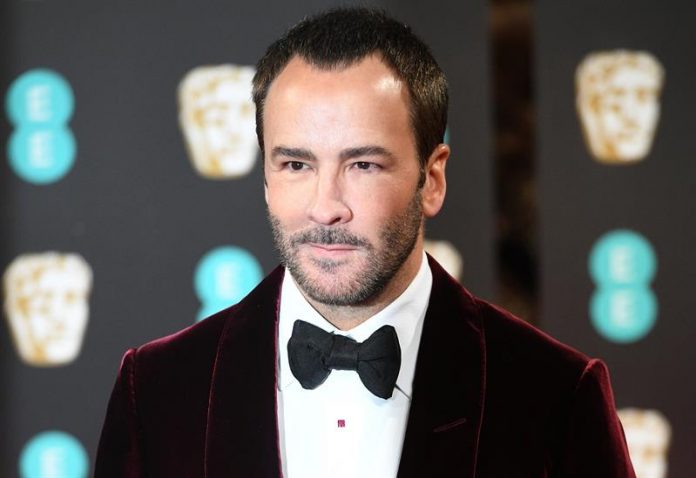 The designer Tom Ford put to parade leopard prints and metalized worthy of the 80s to show his proposal today at the Fashion Week in New York, while Jeremy Scott, on the other hand, decided to travel to the future in his collection.

Although they were responsible for closing the first day of the NYFW, both American designers were expected as the main courses, rather than as the desserts, given the entity that reach their careers and their demand among the stars.

Tom Ford immersed his models in an “80’s revival”, starting with the strongly delineated eyes, the dark bandanas that fixed his hair and the big hoop earrings.

The leopard predominated, dyed red, purple and lime green, in suits of pants and American jacket, short dresses of neck high with the back to the air, or of silk and with ruffles in hip and sleeves, and that went accompanied of stockings to game.

Neither the zebra or snake prints were missing, all of them also combined with each other but especially with the color black, which was a constant in the collection and gave sobriety to “looks” whole, like a monkey with a wide V neckline flanked by lapels wide and with a shiny brooch on the belt.

Also, the metallic silver and bronze finishes gave life to the tight meshes, a key undergarment for Ford, which at the time of sheltering opted for “oversize” and volume jackets, whether in a discreet black or with prints and hair .

Ford had already given an idea of ​​what he had in mind for the upcoming autumn-winter season on Tuesday, when he presented his men’s collection in the historic Park Avenue Armory building, full of celebrities.

The familiar faces of today were, above all, for the “millennials”: among them Kaia Gerber, daughter of supermodel Cindy Crawford, who went on the catwalk, or the singer Zayn Malik, couple of the model Gigi Hadid, who would parade for Jeremy Scott later.

Transformed into a young woman of the future with a short gum pink wig, Hadid was the first to wear one of the outfits that Scott, creative director of the fun firm Moschino, conceives for a distant universe that will hit stores in the fall.

They returned to see the metallic finishes, although this time reminiscent of astronaut suits, in boots above the knee tied with laces yellow fluorine, or in dresses and cargo pieces.

There were no dull tones: it was a party of colors pink, blue, orange and yellow, both for women and men, who wore them mixed in a single piece or dominating alone a whole.

Among the trends that the designer opted for were the bondage-inspired ribbons that caged some dresses and the elements of hair and colored glass that covered others, always short and with almost opaque stockings of garish color.

In addition, we saw many sets of two pieces that left part of the torso to the air, including one composed of a denim shirt with long sleeves and a skirt of translucent PVC orange, as well as padded jackets, some in velvetina.

Among the first-class attendees, one of the rappers of the moment, Cardi B, grabbed the screens of the mobile phones, which brought a colorful Moschino design for her performance with the award-winning Bruno Mars at the last Grammy awards gala. efe