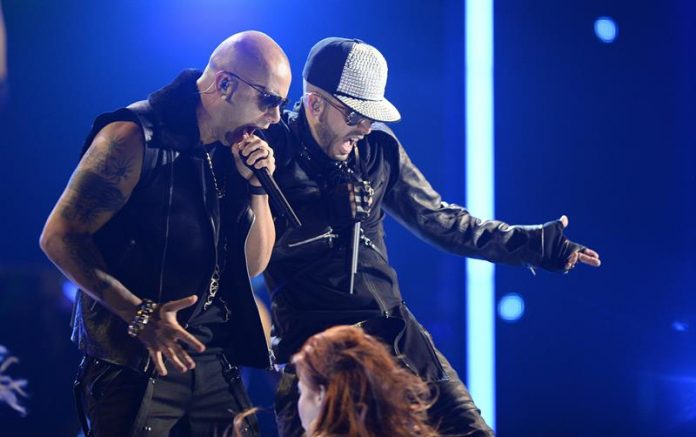 The Puerto Ricans Wisin and Yandel announced today that they will meet this year for a world tour and present several musical productions after they decided to start solo careers in 2013.

The first concert of Wisin & Yandel will be held on March 31 at the Altos de Chavón Amphitheater in the Dominican Republic, urban musicians said in a statement, indicating that the dates of the rest of the tour will be announced soon.

Wisin and Yandel, who presume to be the only artists in the Latin urban genre to fill the Staples Center in Los Angeles and Madison Square Garden in New York, accompany them in their concerts with a band of ten instruments and eight dancers .

Along with this concert tour, Wisin and Yandel also promise new musical productions after having triumphed in their respective solo careers, although they did not advance more details.

The news of the reunion is the culmination of a series of approaches between the two artists and hints of a possible meeting through social networks.
His most recent musical collaborations include the songs “Como Antes”, number one on Billboard’s Latin Airplay list in October, and “Todo Comien en la Disco”, a song in which his compatriot Daddy Yankee also participated.

During their 14-year joint career, the urban duo received numerous multi-platinum certifications in the United States and Latin America, as well as a Grammy, two Latin Grammy and ten Latin Billboard awards, among other accolades. efe