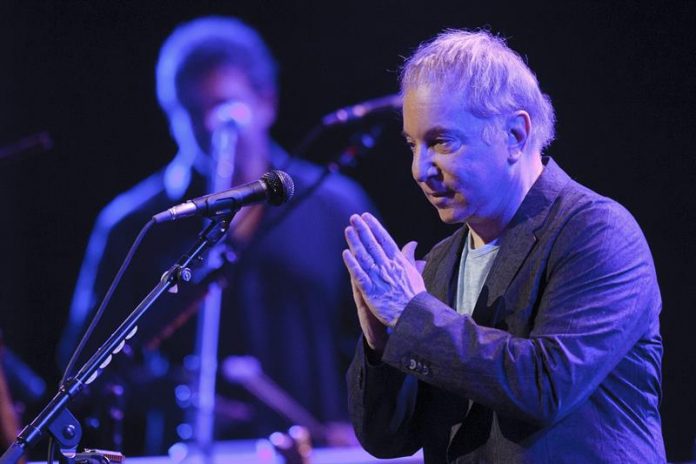 The musician Paul Simon, 76, revealed today that he will visit nine countries during his farewell tour, which will end with a concert in London on July 15 and will end a career of more than six decades.

The singer will begin his last tanda performances in Vancouver (Canada), then play in several cities in the United States, Sweden, Norway, Denmark, Belgium, Holland, Ireland and England, according to a statement released today by the artist.

“I am very grateful for a successful career and, of course, for the people who heard something in my music that touched their hearts,” Simon said in that note.

Simon announced last week his farewell concert in the central park of Hyde Park in London (United Kingdom), performance that will offer accompanied by singer and guitarist Bonnie Raitt, and singer-songwriter James Taylor.

“I’ve often wondered what it would be like to get to the point where I would consider taking my professional career to a natural end, now I know: it feels a little uneasy, a stimulating touch and some relief,” the artist said.

The legendary performer puts an end to a musical career of six decades, which has been recognized with numerous awards, including 16 Grammy Awards.

In addition, Simon is a member of the Songwriters Hall of Fame and the Rock’n’Roll Hall of Fame.

Among other recognitions, the prestigious Time magazine considered him one of the “100 people that shape the world” in 2006.

The singer born in Newark (New Jersey) made the leap to fame when in 1957 he formed the duo “Simon & Garfunkel” with Art Garfunkel, who split in 1971.

After the separation of the mythical group, Simon began a solo career in which he released a total of 20 albums, including some compilations.

Tickets for “Homeward Bound – The Farewell Tour” will go on sale next February 8 at 9.00 am GMT in Europe, and on February 9 at 10.00 am GMT in North America and the United Kingdom. (efeusa)