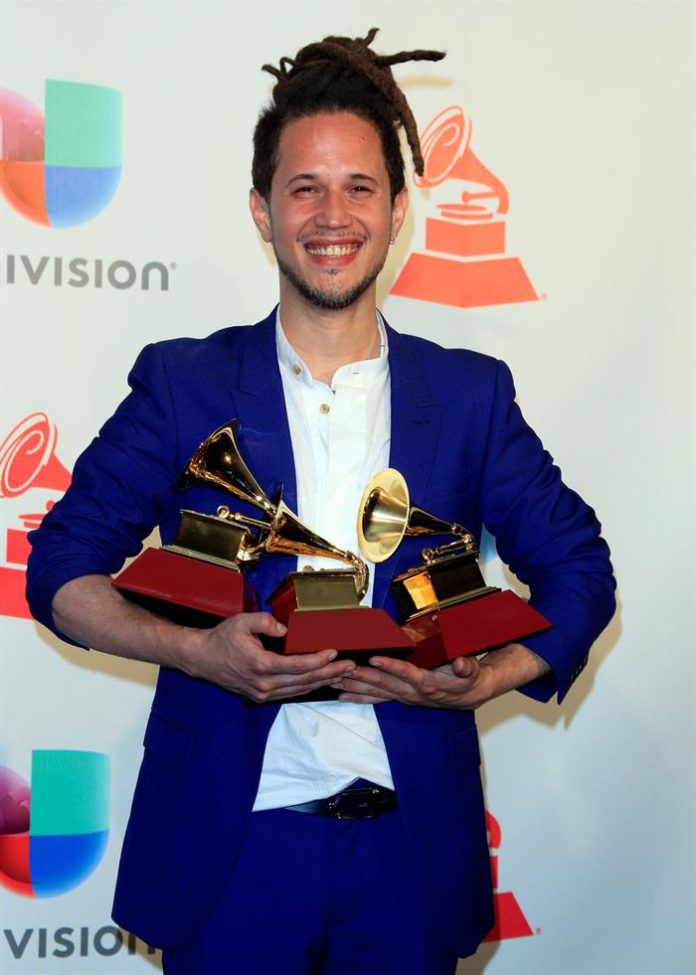 The Dominican singer Vicente García highlights and thanks the Puerto Rican musician Eduardo Cabra (Visitor), for having directed him to analyze music better, which led him to recently win three Latin Grammy awards.

In an interview with Efe, García, 25, said that having worked on his second and most recent production with Cabra, “A la mar”, led him to “see a new way of seeing” his music, surrounded by electronic rhythms and Caribbean elements.

“It used to be a download of what I felt, but now it requires a theme that fills me with more work and study, it’s a new way of seeing my music,” explained García, who will present Friday at Vivo Beach Club, in Carolina, municipality. next to San Juan, the show “A la mar”, as part of a musical tour.

García performed for the first time on the island with his band of eight musicians, with whom he performed most of the songs on his award-winning album, “A la mar”, as well as his first album, “Melodrama” (2011), sponsored by the outstanding Dominican musician Juan Luis Guerra.

“A la mar” is an album inspired by autochthonous Caribbean and Antillean rhythms in which it manages to connect current trends with the African heritage.

Among the musical genres that can be heard in “A la mar”, are Cuban son, bachata, bolero, Jamaican reggae, Haitian rhythms such as gaga, as well as from Colombia and the Antilles.

Musicians and folkloric groups such as the San Jacinto Pipers of Colombia collaborated in the proposal that is shown as a praise to the roots of the native musical rhythms of the Caribbean.

Also, thanks to the help of Cabra, who for ten years won over twenty Grammy awards as musical producer of the then Puerto Rican group Calle 13, Garcia then obtained his Latin gramophones for “Best New Artist”, “Best Songwriter Album” for “A la mar “and” Mejor Canción Tropical “for the song” Bachata en Kingston “.

“Eduardo has made me see that music and that records are projects,” said Garcia, known for other songs such as “Crimson”, “Dulcito e coco” and “Mi balcón”, which he made with the Puerto Rican reggae group Cultura Prophetic

However, according to Garcia, the album “A la mar” “grew in an ambitious and commercial environment, but came with doubts and insecurities.”

“He was full of uncertainties and fears for the lyrics and music,” said the Dominican artist, which Cabra then instructed and directed to better examine his compositions.

And so much has been the musical result achieved by Cabra and García, who both work on the first album of the Trending Tropics group, which Cabra explained in a previous interview, will merge electronic music with Afro-Antillean sounds, such as “A la mar”.

The Dominican began his professional career in 2002 as the first voice of Calor Urbano, a Dominican funk / soul band and in 2010 he decided to launch as a solo artist with his album “Melodrama”.

With the first single “Crimson” of his new album, Garcia has recorded so far 6 million views, a high number for an artist who is just releasing the new material. (efeusa)