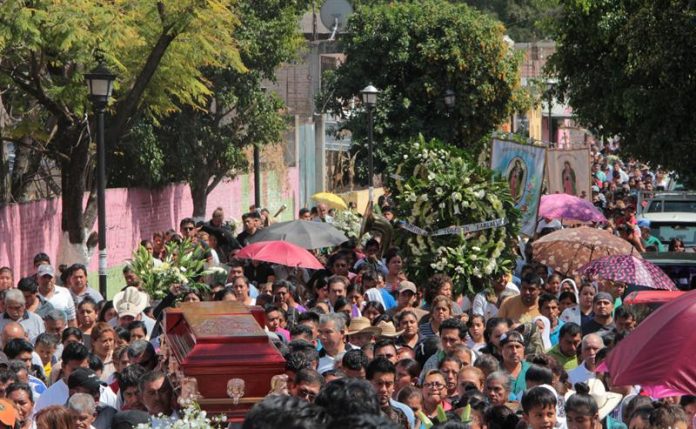 The two Mexican priests killed early Monday in the Taxco-Iguala highway were attacked by a criminal group that knew the alleged link between one of them and a rival group, the State Prosecutor’s Office of Guerrero said today.

The van in which they were traveling was intercepted by individuals who, in addition to killing the priests, left four companions, two men and two women injured.

According to a press release from the Prosecutor’s Office of Guerrero, the victims had attended a dance in Juliantla, where “many people belonging to various criminal groups came.”

From the testimonies of those attending the party, it is known that “there was a conflict” in which “the group of people accompanying the priests” was involved.

The Prosecutor’s Office pointed out that Germaín Muñiz had previously been photographed “carrying a large-caliber firearm”, as well as “in the company of heavily armed men belonging to a criminal group” operating in the region.

“These photographs circulated for a long time in social networks, which means that both society and opposing criminal groups observed these images,” and that they knew the content of a journalistic note that linked the priest to a criminal group, he argued.

This circumstance was, according to the Office of the Prosecutor, “what triggered the armed attack on today’s victims.”

On the other hand, the authorities have verified that the attackers, after fleeing from the scene, stole a vehicle and went into the neighboring State of Mexico, specifically in the municipality of Ixtapan de la Sal.

“It was possible to fully determine that the aggressors of today’s victims belong to and operate with a group of organized crime in the State of Mexico,” the Guerrero Public Prosecutor’s Office stated.

Also, the institution reported that it has requested the collaboration of the Office of the State Attorney of Mexico to find the location of the murderers.

The bishop of the Diocese of Chilpancingo-Chilapa, Salvador Rangel, ruled out that the murder of priests is linked to organized crime and considered it a crime related to the environment of insecurity that exists in Guerrero.

He said that the priests went to the party to meet with businessmen to support them to make musical presentations and rejected that there had been a spat on the meeting site.

“That is my hypothesis, I can not find any other explanation,” the bishop said during a mass in the church of San Francisco, municipality of Apango, where the priest Germaín Muñiz officiated. efe