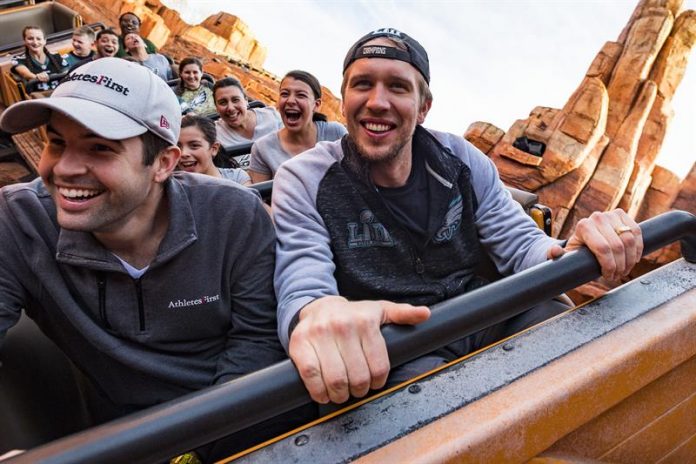 The confrontation and the controversy between the players of the National Football League (NFL) and President Donald Trump continues after the US president once again pleaded before the celebration of Super Bowl LII, that everyone stood up during the performance of the national anthem.

They did it, this time nobody dared to get on their knees when the singer Pink made the interpretation of the anthem, even so, the television audience to watch the game, which the Philadelphia Eagles won by 41-33 against the New England Patriots. , in memorable sports, lost a 7.1 percent audience compared to the previous year.

Trump also did not want to give his prognosis on the party, nor recorded any interview to offer during the transmission that made the television network NBC, that had an audience of 103 million, compared to 111 of the Super Bowl LI.

The US president has been very critical of the NFL and during a rally in Alabama he urged the owners of the teams to dismiss the critical players and tell the rebellious sportsmen: “Get that son of a bitch out of the field right now”.

Now, as every year the champion teams of different sports have a tradition of visiting the president of the United States in the White House, however, this year at least three players of the Eagles have said they will not go.
The tradition of sports team visits to the White House dates back to August 30, 1865, when President Andrew Johnson received the amateur baseball teams Brooklyn Atlantics and Washington Nationals.

The first Super Bowl champion to visit the White House was the Pittsburgh Steelers team that accompanied the winners of the World Series, Pittsburgh Pirates, in a joint visit to President Jimmy Carter in 1980.

While Ronald Reagan, the king of public relations, was commissioned to turn the visits of sports champions a tradition in the White House.

In addition to starring in February 1987 the scene more familiar and less protocol that could be seen in the White House when the New York Giants linebacker, Harry Carson, gave a bath with popcorn to Reagan during his visit.

President George H.W. Bush was the first in 1991 to receive a National Ice Hockey League (NHL) champion team, the Penguins of Pittsburgh Penguins, in the White House.

Even two NFL teams have made late visits to the White House.
President Barack Obama received in October 2011 the Bears of Chicago, champions of 1985, whose visit was delayed by the disaster of the space shuttle Challenger in January 1986.

The Miami Dolphins of 1972, the only undefeated champion in the Super Bowl era, met with a visit in August 2013, although at the time of their championship it was not customary for President Richard Nixon to host the NFL champions.

Nothing of that tradition will count for the cornerback Malcolm Jenkins, who reiterated that he will continue in the struggle to make a positive change of justice within the communities where the minorities reside.

Also, defensive lineman Chris Long, who last year did not play with the Patriots either, passed him before his new Eagles team won the game in Super Bowl LII.

In the same line of thinking of Jenkins and Long is also the receiver Torrey Smith, who reiterated that the protests are not against the National Anthem.
However, Trump’s argument is that players “offend” the dignity and the flag of an entire country that has given millions of lives for freedom and democracy.

For his part, Smith reiterated that his protests are not against the anthem or the flag, but that they do so during his performance, something he considers very different.
“I understand why people get upset or may be offended when someone kneels,” Smith said. “My father, when he dies, will be buried with a United States flag around his coffin, because he served in the army.”

Now we have to see what the reaction of Trump, who before the same attitude of some players of the Golden State Warriors, as NBA champions, was the one who personally ordered the withdrawal of the invitation for the whole team to visit the White House.

“Going to the White House is considered a great honor for a championship team, Stephen Curry is hesitating, so the invitation is withdrawn!” Said Trump in a message on his personal Twitter account. efe