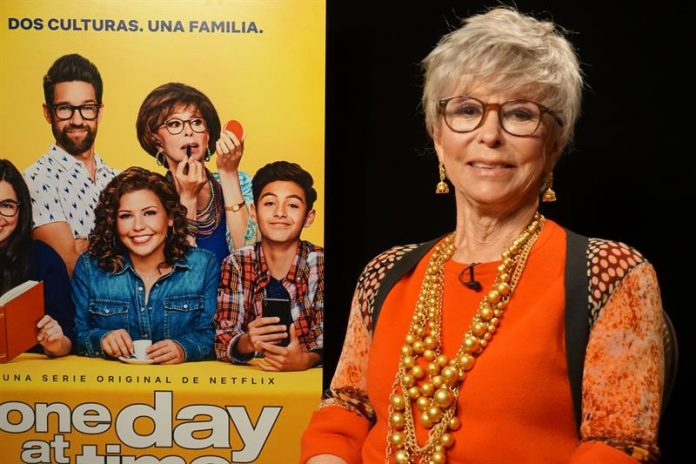 Veteran Puerto Rican actress Rita Moreno, winner of an Oscar in 1962, said today that Latin actresses “are still stereotyped” and declared herself “proud” to continue working in full form in the second season of the comedy “One Day at a Time ”

“I feel so happy, but above all so proud that at 86 years old I am working here, not only as a woman, adult, human being, but as an actress working, and that in reality they are paying me for something I want with all my soul, “said Rita Moreno in an interview with Efe in Miami.

Rita Moreno, Isabella Gómez and Justina Machado respectively play the grandmother, mother and daughter of a Cuban-born family in “One Day at a Time”, a Netflix series whose second season premiered on January 26.

“Latin actresses are still stereotyped, we have to unite, we have to persevere,” said Moreno, who set an example to follow the African-American film community.

Moreno moved to his beginnings on the big screen, when he was only 17 years old, to compare those times with those of now.

“When I started it was horrible, it was a cruel profession, very bad for me being a young Puerto Rican, or Latina,” recalled the “Anita” of the musical “West Side Story,” a character who earned her the Oscar for Best Actress in distribution.

Now he assures that the panorama “is changing little by little”. “We have to unite and believe in hope,” said the only Latina actress to have won an Oscar, an Emmy, a Grammy and a Tony.

Regarding the absence of Latin actors nominated for the Oscars, Moreno referred to the words of actress Viola Davis: “Simply, if you do not give us the papers, there are no nominations, how will you receive prizes of anything if there is no the roles for the actors? “he asked.

With over 70 years of experience, Moreno lives with maximum intensity his role in “One Day at a Time”, a series that does not consider the “typical” ‘sitcom’ and that deals with issues such as fear of deportation, depression, racism or homosexuality in a comical way, without damaging its transcendence. 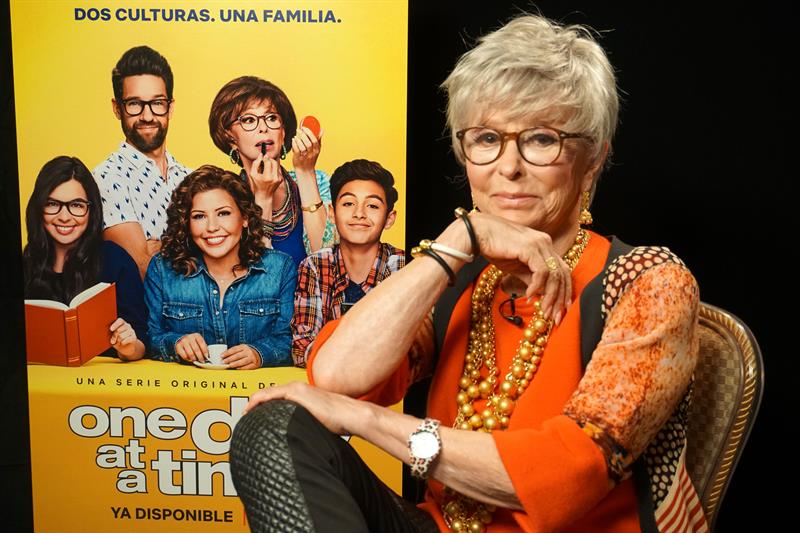 “It seems to me that the question of the homosexuality of my granddaughter, who is 15 years old, is very important because this exists in the world, but there are very few ‘shows’ that deal with things like that,” said Moreno, who considers the series a window for experiences like this to come to light.

The “granny”, as they call it in the series and around which the outcome of the season revolves, considered the possibility that the series deserves an Emmy award and highlighted the authenticity and originality of it as a maximum incentive for it to have received ” so good “reviews.

Once again, the actress, who moved to New York when she was only four years old, strives to put a Latin accent to her character, in this Cuban case.

“Anyway, I’m an actress, I can be what the role requires, my role also has its prejudices and it’s so theatrical and dramatic, but that’s why I love it, and for an actress like me that’s divine to entertain and to be funny, “he said in an interview made in Spanish.

And although Netflix has not yet confirmed a third season, the actress acknowledged “having a lot of travel in the series” and assured that the team is confident that they will embody more stories of this Cuban family that, without renouncing its roots, embraces its life in U.S.

Asked about the adaptation that Steven Spielberg will make of the musical “West Side Story”, the actress was startled and confessed to be on the lookout.

“It will not be possible for him to participate, in that work there was never a woman (older), more than anything it would be a distraction, I’m interested and at the same time it makes me nervous,” she said.

“If it’s a modern adaptation there will be rap, then it will change the choreography of the dances and they will change the songs”, he reflected, although he said that Spielberg’s work “loves” him.