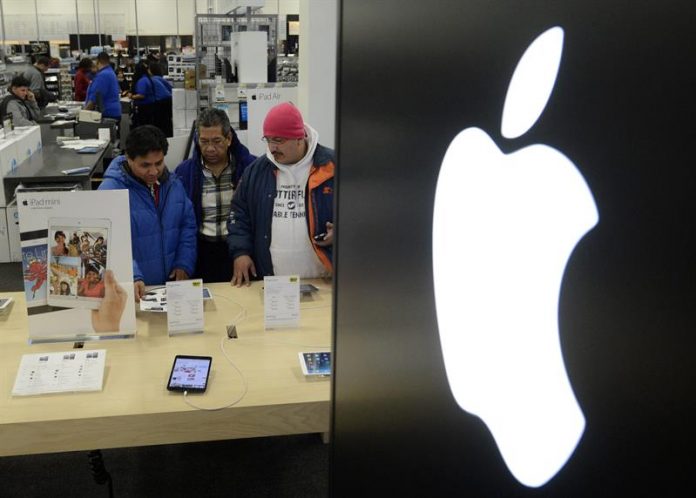 The iPhone X tops the popularity charts since its launch in November, and today the chief executive of Apple, Tim Cook, thanked his flagship product a quarter “stellar” in which, despite selling fewer units, has broken records of billing.

The technology company based in Cupertino (California) published on Thursday the results of the first quarter of its fiscal year of 2018, in which it earned 20.065 million dollars, 12% more than the same period of the previous one.

Specifically, the iPhone turnover during the quarter rose 13%, driven by the line’s most recent product, despite the fact that the sale of units fell by 1% to 77,316 million.

The company took risks with the tenth version of its flagship phone and accompanied it with a redesign and new features, such as facial recognition, which contributed to the iPhone X having a starting price of $ 1,000 in the US market.

Cook said in a conference call with investors that the first fiscal year of 2018 has been the “best quarter in history” of Apple, and “stellar” especially for the iPhone, although the unit sale of the latest model has been below the expectations of the analysts.

“The iPhone X has been the most popular phone every week since its launch – November 3 – until today,” said the manager, for whom the Christmas season contributed to the highest turnover of a phone that considers base “for the next decade”.

For his part, Apple’s finance chief, Luca Maestri, made no reference to plans to cut iPhone X production from 40 million phones to 20 million in the next three months, revealed by The Wall Street Journal on Tuesday, citing to knowledgeable sources of the subject.

Yes it indicated that to the high invoicing favored the sales to him of December, final month of the quarter, that was a week shorter in comparison with the one of the previous exercise. He assured that iPhone revenues would have been 21% higher when adjusting that difference, instead of 13%.

Maestri also addressed the impact of US tax reform on Apple accounts and estimated that the firm will pay about 38,000 million to the Government to repatriate its past profits abroad, as announced a couple of weeks ago in a statement.

“We have been talking about the importance of tax reform for years and for us it will mean additional flexibility to access cash abroad,” the executive explained.

In this regard, Apple encrypted the cash in 285,000 million dollars, of which 122,000 are debt and 163,000 net, and noted that the company aims to be “neutral” in terms of cash, ie achieve an equivalence between those two concepts, in a period of time not specified.

Maestri said the company will present its specific capital allocation plans in the second fiscal quarter. “The new law is complex and we are trying to absorb what it implies, and we will receive advice to implement it,” he added.

After the announcement of the results, at the end of the session on Wall Street, Apple shares, which were revalued by 45% last year due to expectations for the iPhone X, rose more than 3% in subsequent electronic operations. (efeusa)