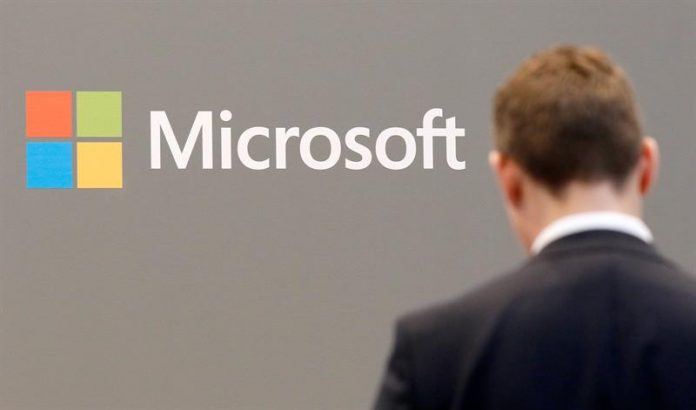 Microsoft recorded a net profit of 274 million dollars in the first half of its fiscal year 2018, a figure that takes into account the impact of extraordinary tax provisions related to the tax reform recently approved in the United States.

The technology firm based in Redmond (Washington) today announced its financial results for the period from October to December last year, which corresponds to its accounts in the second quarter of its fiscal year 2018.

Microsoft, which is the third company with the highest market capitalization in the United States behind Apple and Alphabet, achieved revenues of 53,456 million dollars up to December, when 47,754 million were recorded in the same stretch of the previous year.

The net profit of 274 million dollars in the first semester, compared to the 11,934 million obtained in 2017, included extraordinary provisions for taxes of 16,789 million, when this section of the previous year stood at 2,915 million.

Microsoft stressed that only in the last quarter it allocated 13,800 million to fiscal provisions as a result of the tax reform approved last December and that will have effects on its accounts.

In the last three months, the adjusted profit per share, without taking into account those provisions and other items, reached 96 cents, while the company’s revenues in the last quarter totaled 28,918 million.

These results of Microsoft exceeded the expectations of analysts, who estimated a profit per share of 86 cents and a quarterly income of around 28,300 million.

The company’s CEO, Satya Nadella, said in a statement today that the results of the second quarter speak of the “differentiated value” that Microsoft is bringing to customers with its productivity solutions and services for the cloud.

Microsoft’s results were released today after the Wall Street market closed and the company’s shares fell by 0.8% in subsequent electronic transactions.