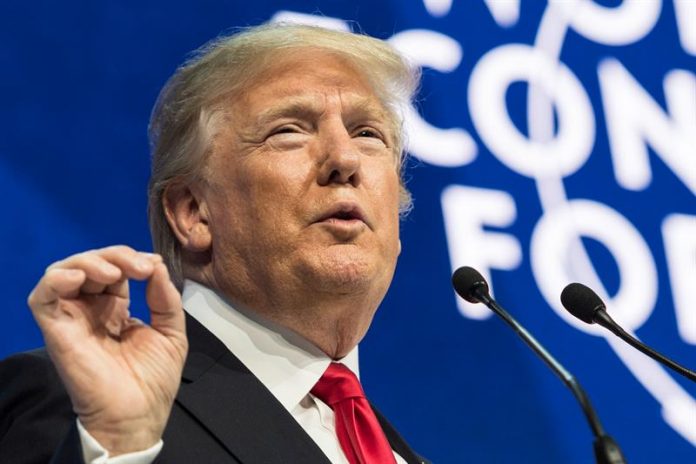 President Donald Trump said today that he would love to be able to “unite” his country and help it overcome its “tremendous divisions,” but said it would be difficult to do so without a traumatic “big event” that would renew the patriotism of the Americans. .

“I want to see our country united,” Trump said at a luncheon with the presenters of several television networks, hours before delivering his first speech on the State of the Union to Congress.

“I would consider a great achievement if we could make our country united, if I could unite the country, that’s not easy to do, because opinions are very different,” Trump said, according to a transcript provided by the White House.

“Without a big event that makes people join, that’s hard to come by, but I’d like to do it without that big event, because normally that big event is not a good thing, I’d love to do it,” the president added.

Trump seemed to refer to the historical cases in which traumatic events have united the United States around the president’s agenda, as happened after the attacks of September 11, 2001, when the popularity of George W. Bush went from 57% to 90% in the week following the terrorist attacks.

Asked what he has learned during his first year as president, Trump responded that he has been “a lot” and that governing is different than being a “businessman”, because in that case you just have to worry about “making money and competing with people”.

“But when you do what I’m doing now, a lot of it is (having) a heart, a lot is (having) compassion, a lot goes beyond money, like immigration,” Trump said.

“It would be easy to solve immigration if it were simply a business matter, but it is not, and that is what I have learned, maybe what I have learned the most, you have to govern with the instincts of a businessman, but add much more heart and soul to decisions than before, “he added.

Trump spent part of the day rehearsing for the speech he will give at 21:10 (02:10 GMT on Wednesday), which will last about 50 minutes and which, according to the White House, has written himself with the help of Vice President Mike Pence, the national security adviser HR McMaster and immigration consultant Stephen Miller, among others.