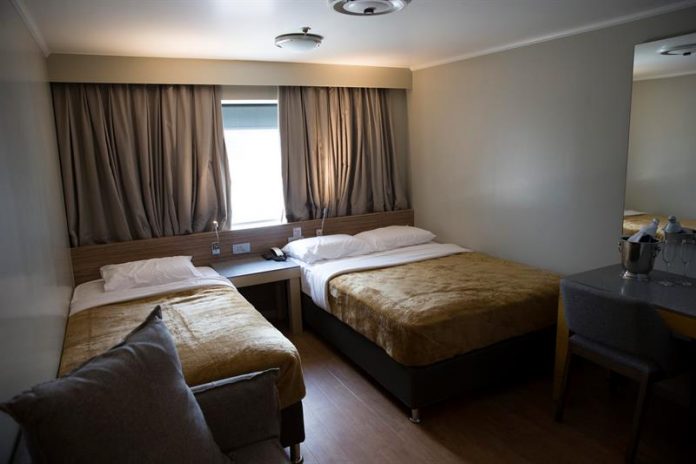 The shipping company Ferries del Caribe, a member of a Puerto Rican business conglomerate, today announced the expansion of its cargo transport service in the region and the promotion of commercial exchange and tourism between Puerto Rico and the Dominican Republic.

Priority RoRo vessels, part of the consortium, will be responsible for this initiative by expanding its weekly cargo service connecting its ships Puerto Rico and the Dominican Republic with the Caribbean islands Saint Thomas, Saint Croix, Tortola, Saint Martin and Saint Kitts.

The president of the conglomerate, Néstor González García, affirmed that with this new project Puerto Rico has an unparalleled opportunity for companies on the island to stand out and obtain benefits by exporting their products and services to help in the reconstruction of the rest of the Caribbean islands.

“This project was made so that all Puerto Rican businessmen can export to the islands,” González García emphasized at a press conference, which was also attended by the local Secretary of State, Luis Rivera Marín, and the Secretary of Economic Development and Trade, Manuel Laboy.

Laboy, meanwhile, stressed that the expansion of cargo service will offer “greater opportunity and services” between the islands of the Caribbean, as well as “promote more agile services and efficiency from Puerto Rico to the different islands.”

“It’s the integrated model we need to create jobs, and this undoubtedly reflects teamwork on the part of the Government and so we move in the direction to boost the economy,” he said.

The official stressed that his expectation is that while there are more channels to export products and services, this allows more entrepreneurs to take advantage of larger outlets at lower costs and gives them a competitive advantage.

Also, the interim executive director of the Tourism Company of Puerto Rico, Carla Campos, and Gonzalez Garcia expressed that they will join efforts to enhance access between Puerto Rico and the Dominican Republic through the bridge that constitutes the ferry.

In this way, it will allow Puerto Rico to capture the market that arrives in the Dominican Republic, as an additional alternative to the existing maritime and air access routes between both islands.

Campos explained that both Puerto Rico and the Dominican Republic offer visitors unique and different experiences, which will allow them to complement each other to attract European, Canadian, Asian and Latin American passengers who visit other sister islands of the Caribbean.

Likewise, Puerto Rico and the Dominican Republic, in coordination with the hotel sector, the carriers and all the components of the economy of the visitor of both islands can attract the thousands of tourists who had scheduled their vacations in the Virgin Islands and the Lesser Antilles. in the next months.

The director of the Port of San Juan Field Operations Area of ​​CBP, Edwin Cruz, affirmed that the automated positions already installed in the vessel are a cost free service, expedite the migratory process, expedite the disembarkation, decrease the time in a row and it is easy to use.

Therefore, crewmembers will not have to fill out Customs Declaration 6059B by hand and a single person can complete the transaction for all family members traveling on the same voyage.

However, each passenger must provide their biometric data, verifying their identity through their fingerprints.