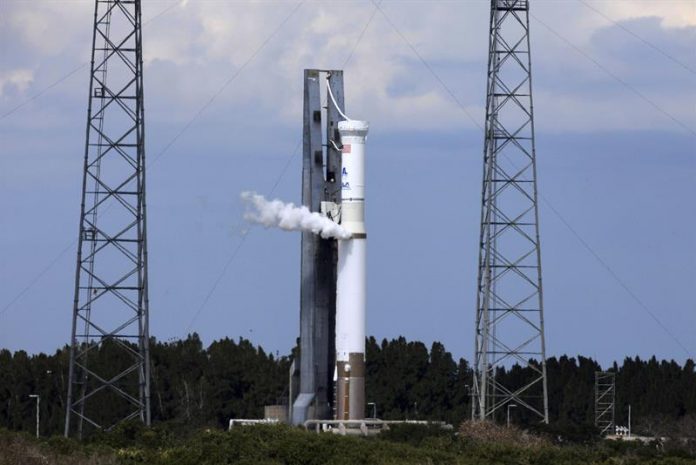 An Atlas V rocket from the United Launch Alliance took off from Cape Canaveral (Florida) today and put into orbit a satellite that is part of an Air Force missile detection system.

The launch from a platform of the complex 41 of the space center was made at 19:48 local time (0.48 GMT on Saturday), and was the fourth flight for the Space-based Infrared System (SBIRS) program of the United States Army, and which has been designed for the detection of missiles.

This is the fourth satellite, which has a weight of about 4,500 kilos (10,000 pounds), which is placed in orbit for this system, following the launches made in 2011, 2013 and January 2017, and which have involved billions of dollars. Dollars.

Today’s takeoff came after Thursday’s United Launch Alliance, a joint venture between Lockheed Martin and Boeing, should suspend the launch “due to a ground problem associated with the liquid oxygen booster system,” according to the report. the company.

The rocket carried out the entire separation process and managed to leave the satellite in orbit in just over 40 minutes.

SBIRS is one of the “highest priority” space programs in the US. and has been designed “to meet the demands of the 21st century in four national security mission areas: missile warning, missile defense, technical intelligence and combat space awareness,” according to the United Launch Alliance.

The launch of the Atlas V, which has made 75 flights, will be the first that the company makes this year from the Florida complex, and the second of 2018 after the shipment from California of a Delta IV rocket last Friday.

It will also be the 125th launch since the United Launch Alliance was founded in 2006.