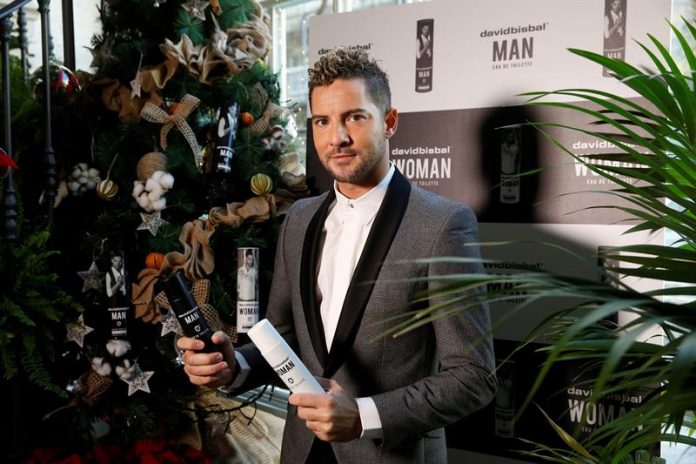 The Spanish singer David Bisbal confessed happy and “very excited” for his commitment to the Venezuelan model Rosanna Zanetti, who recently asked for his hand, he told Efe in Miami today.

“We are very happy because getting married was part of the plans we had, and both Rosana and I are very excited, very happy,” he told Efe, minutes before participating in a charity event in Miami (USA).

Days ago, Almeria shared an image on his Instagram account where he appears embraced with Zanetti and wrote the message: “I am happy to share with you that a very special day arrived! I asked him the question and … he answered yes! ”

The 39-year-old singer, who has a daughter as a result of his relationship with designer Elena Tablada, apologized to the media for disclosing details of the request, as it is “very personal”.

“I do not mind showing all the happiness we feel, it’s a wonderful thing, but how was it going to stay in a corner of our hearts,” said the interpreter, who said that the marriage with his current partner “was an evolution” Sooner or later, it was going to happen.

“We feel very well and we are very happy,” he said.

The singer of “Ten Thousand Ways” said that they are still considering the possible dates of the link and that it is something that they are “taking with time”.

The Spanish is these days in Miami fulfilling different professional and charitable commitments, including a fundraising event for childhood cancer research organized by the T.J. Martell and that was held today.

“They just named me UNICEF’s ambassador in Spain and participating in solidarity events is one of the things I liked the most,” he said.

In this southern Florida city, Bisbal is going to record this Friday the video of the song “As of today”, recorded next to the Colombian Sebastián Yatra, a subject with which the Spanish assure will return to its origins although “the rumba” and the essence of Spain have never been lacking “in their repertoire.

“I go back to the flamenco guitars of our land, especially those guitars that I put at the beginning of my career,” he explained, while noting that the theme will consist of a “Latin rumba” and reflect a fusion of cultures.

The singer, who rose to fame in 2001 after participating in the program “Operación Triunfo” (Spanish Television), said he plans to continue living in Spain, although he travels continuously to the American continent for professional reasons.

“All things, both good and not so good, are the ones that have shaped the David of today, as a man, as a person and as an artist, I am very happy,” said the singer, with more than 15 years of musical career .