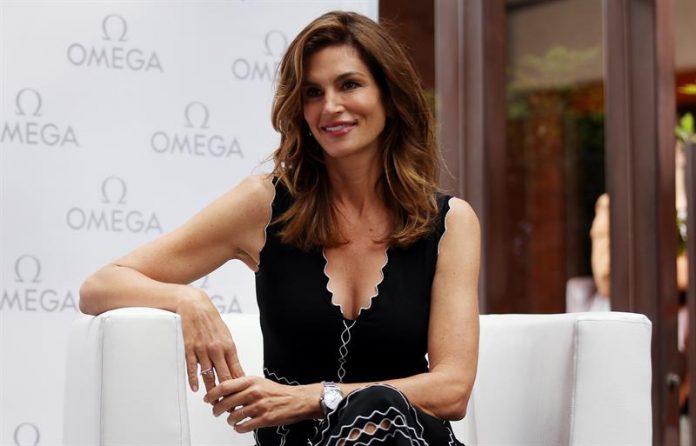 Time has not stopped the figure of the model Cindy Crawford back to the top of the sport of the National Football League (NFL) in the most important event of the year in the United States as the Super Bowl.

Crawford, 51, who was the commercial icon of the Pepsi in Super Bowl XXVI 1992, played in Metrodome, Minneapolis, already demolished, before 63,130 spectators, and won by the Washington Redskins by 37-24 at Bills of Buffalo, now returns to be paired with her 18-year-old son, who was not yet born.

The prestigious model has already recorded the commercial destined to be aired during Super Bowl LII, which this year will also be played in Minneapolis, but in the new stadium of the Minnesota Vikings, the U.S. Bank Stadium, which was inaugurated during 2017.

The figure of Crawford, 26 years later, will be present on February 4 along with that of his son Presley Walker Gerber, as well as images of the memorable commercial of Pepsi recorded by the late king of “pop” Michael Jackson.

The new Super Bowl commercial, dubbed “This Is The Pepsi,” is part of the “Pepsi Generation” campaign dedicated to the 120-year history of the brand in popular culture.

The one that the famous model recorded in 1992 has been considered by the critics as one of the most memorable that is remembered in the history of the Super Bowl, and Crawford herself recognizes that it was a true “classic”, which opened completely the doors of fame and popularity.

Crawford plans to attend the Super Bowl in Minneapolis, where her father lives, which will also be emotional for the whole family and especially for her as she has the opportunity to take him to the great sporting event of the year that is celebrated in the United States and share it together.

The veteran model was also very proud and happy for the talent that both her son and daughter Kaia Jordan, 16, who will be featured in the magazine Vogue Paris, next February, have shown in modeling and the positive way How have they accepted your advice?