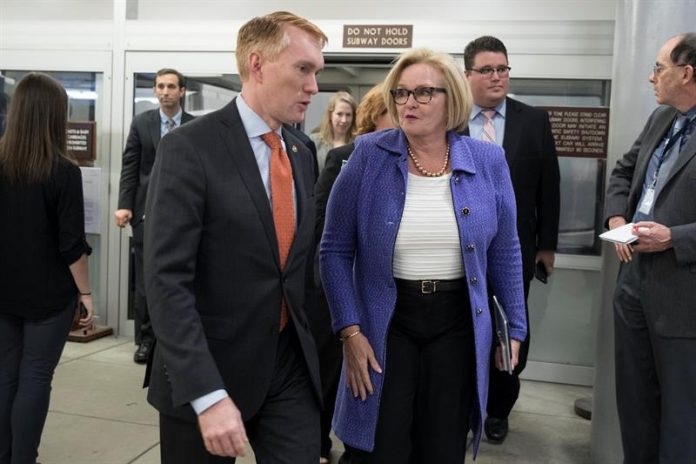 Democratic and Republican politicians today condemned the “racist” and “divisive” comments of US President Donald Trump, who criticized the arrival of immigrants from countries like El Salvador and Haiti, which he considered “shit holes”. .

“The comments (of the president) are disagreeable, divisive, elitist and counteract the values ​​of our nation,” said in a statement the lawmaker Mia Love, the first African-American woman of the Republican Party to be elected to Congress and whose parents fled Haiti in 1973.

Love demanded Trump to immediately issue an apology and defended his parents, whom he considered the embodiment of the “American dream” and praised for “having worked hard, paid taxes and raised from scratch to their children to give them every opportunity ”

The Senator from Oklahoma, James Lankford, and the governor of Ohio, John Kasich, a moderate figure within the party who competed against Trump in the primaries for the Republican nomination for the 2016 elections, also expressed rejection within the Republican Party.

“The United States was built on the backs of immigrants from all over the world, we must honor that history, not reject it,” Kasich said in his Twitter profile.

Part of the Republicans condemned the comments that Trump made today during a meeting with legislators in the White House and which echoed the newspaper The Washington Post.

Specifically, Trump said: “Why do we have all these people from countries (which are a) fucking hole coming here?”

According to the Post, the president reacted like this when two senators proposed a migratory bill that would grant visas to some of the citizens of countries that have recently been removed from the Temporary Protected Status Program (TPS), such as El Salvador, Haiti, Nicaragua and Sudan

As soon as the comments were made public, numerous legislators from the Democratic opposition criticized the president.

In a statement, the president of the Hispanic Caucus of Congress, the Democrat Michelle Lujan Grisham, called on the rest of the legislators, democrats and republicans to strongly reject Trump’s “vile” declaration that “erodes the moral fiber” that unites the people American.

“The president’s statement is shameful, abominable, it is not a coincidence and deserves our strongest condemnation, we must use our voices to ensure that our nation never returns to the days when ignorance, prejudice and racism dictated our taking of decisions, “said Luján Grisham.

Democratic Congressman Luis Gutiérrez, one of the most combative Hispanic politicians in the defense of immigrants and who has emerged as one of the possible candidates for the 2020 presidential elections, positioned himself in the same tone.

“As an American, I feel embarrassed by the president, his comments are disappointing and incredible, but they are not a surprise, we always knew that President Trump does not like people from certain countries or people of certain colors,” Gutiérrez said in a statement. .

“Now,” he continued, “we can say with 100% confidence that the president is a racist who does not share the values ​​enshrined in our Constitution or in our Declaration of Independence.”

Trump’s comments were also condemned by numerous immigrant advocacy organizations such as the Coalition for Immigrant Rights in Los Angeles (CHIRLA), which called the president’s attitude “unacceptable” and considered his rhetoric to be “more hurtful” every day.

The Union for Civil Liberties in America (ACLU), one of the most important groups in the United States. in the defense of civil rights, he considered that Trump has been “honest” over time about “the white nationalism that is behind his immigration policies” and called on Congress to act.

Like other organizations, the ACLU took the opportunity to ask Congress to “urgently” approve a law to regularize the situation of undocumented youth who arrived in the United States. of children and managed to stop their deportation thanks to a program called DACA, suspended by Trump in September.

Trump has urged lawmakers to find a solution for DACA beneficiaries before March, but conditions his support for approval of other tough immigration proposals, such as ending the family reunification system and funds for his wall with Mexico. (efeusa)