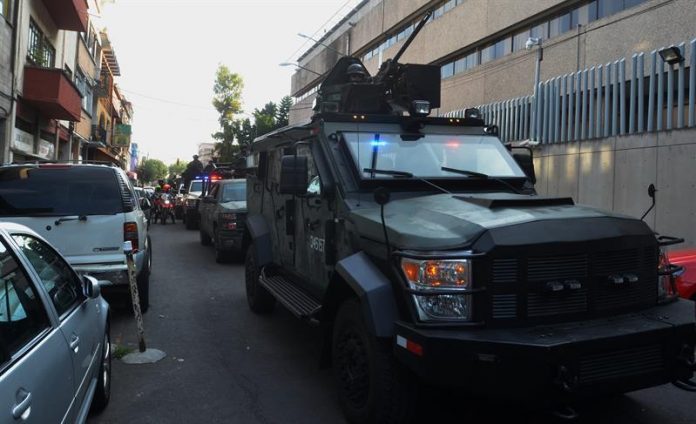 Dámaso López Serrano, alias the “Mini Lic”, godson of Joaquín “el Chapo” Guzmán and one of the possible successors of the capo in the Sinaloa cartel, today pleaded guilty of having imported thousands of kilos of heroin, methamphetamines into the United States. and cocaine.

Lopez-Serrano, 29, signed his guilty plea in the Southern District Court of California, based in San Diego, the US Department of Justice said in a statement.

The capo was delivered on July 27, 2017 to agents of the United States Drug Enforcement Agency (DEA) in Calexico (California) and, according to the Department of Justice, is the “highest-ranking Mexican drug trafficker” who has ever surrendered before the American authorities.

In his appearance at the California court, López-Serrano acknowledged that he was one of the leaders of one of the factions of the Sinaloa cartel and admitted organizing thousands of kilograms of heroin, methamphetamines and cocaine from Mexico to the United States.

He also pleaded guilty to another charge related to the possession of firearms to promote the drug trafficking activities of the Sinaloa cartel.
Judge Dana M. Sabraw of the Southern District Court of California set the sentencing hearing for July 12.

“Mini Lic” is the son of Dámaso López Núñez, alias “el Licenciado” and considered the successor of Joaquín “el Chapo” Guzmán, who was extradited from Mexico to the United States. on January 19, 2017 and will be tried in September of this year for 17 crimes, including drug trafficking and money laundering.

“El Licenciado” was considered the right hand of Guzmán, especially after he was captured for the last time in January 2016 in the Mexican state of Sinaloa, but he entered into a dispute with Jesús Alfredo and Iván Archivaldo Guzmán, children of El Chapo, for the control of the cartel.

After the capture of “The Licensed”, it is assumed that his son took the reins of that faction of the Sinaloa cartel, a reign that ended when it was delivered to the DEA in California. (efeusa)